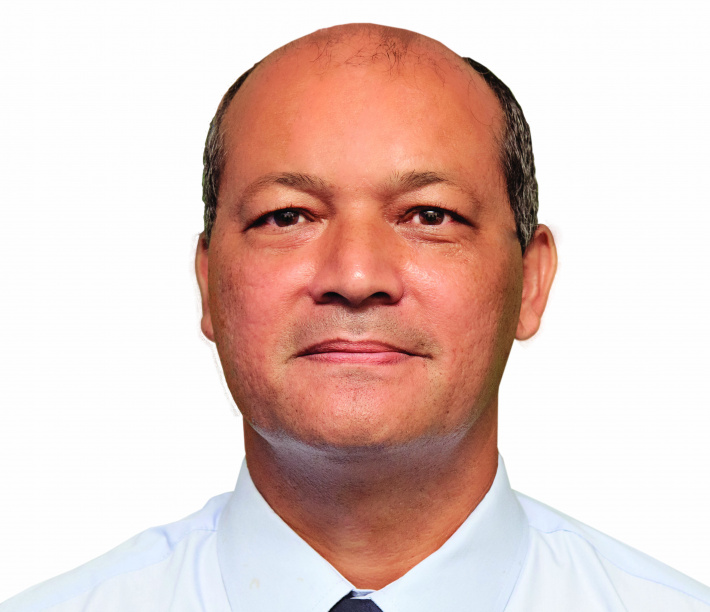 • ‘This has nothing to do with LDS,’ says SNP leader

Nicholas Prea has resigned as secretary general of the Seychelles National Party (SNP).

Meanwhile, SNP leader Wavel Ramkalawan met the press yesterday at his party’s headquarters at Arpent Vert to give more details about this situation.

“Yesterday (Monday February 17) around 4pm, I received a letter from Hon. Prea stating: ‘I would like to inform you that I am resigning as secretary general of the Seychelles National Party as of immediate effect.’ And since this morning (Tuesday), all kinds of rumors are circulating on social media and in the country. Whatever has happened has nothing to do with LDS (Linyon Demokratik Seselwa). The party leader of LDS is Roger Mancienne, the secretary general is Simone de Commarmond and the treasurer is Roy Fonseca. LDS continues to function with its council and nothing changes within LDS with the resignation of Mr Prea as SNP secretary general. I remain as the presidential candidate for LDS and Hon. (Ahmed) Afif stays as my running mate for the upcoming election and our campaign continues on the field. So nothing changes!”

Replying to a question about the effect of this resignation on the upcoming presidential election, Mr Ramkalawan said that “the fastest thing that happens in our country is rumors. Yes, I understand our opponents will seek everything to throw at us and this is normal in politics. I think we should not pretend that politics in Seychelles is different from what happens elsewhere. Yes we have to contain what bad effects it will have on our possibilities of winning but at the same time what we expect from people is to understand what is the truth and not allow themselves to be fooled by comments but to read facts coming from the people concerned and the party’s statements”.

In a separate press statement, Mr Prea has said that following his official resignation as secretary general of the SNP on Monday February 17, “I wrote to the party leader, Hon. Wavel Ramkalawan, and also to the Electoral Commission because as an office bearer I have to do so. My decision is purely administrative and I remain an ordinary member of the SNP, a party whose principle and ideology I have always believed in. In view that SNP is part of the alliance of the LDS, I am thus still a member of LDS and also remain the LDS elected MNA for the district of Bel Ombre”.

In a communique sent to the media, the party leader of LDS, Roger Mancienne, has said that he has been informed of the resignation of Hon. Prea as secretary general of the SNP by the SNP party leader Wavel Ramkalawan.

Mr Mancienne clarified that this is a matter for the SNP and does not affect LDS which is the party under which they work in the National Assembly.

“Mr Prea has not informed me of any decision relating to his role in the Assembly, as Speaker or as the elected member for Bel Ombre,” he said.

Meanwhile, Mr Prea has confirmed in a message on social media that his decision has nothing to do with these roles.

Mr Mancienne appreciated the clarification on his part for their supporters and for the public.

“I know that the SNP leader has expressed his thanks to Mr Prea for his past contributions to the SNP. For myself, I respect Mr Prea’s decision but this is a matter for the SNP executive committee,” Mr Mancienne said. 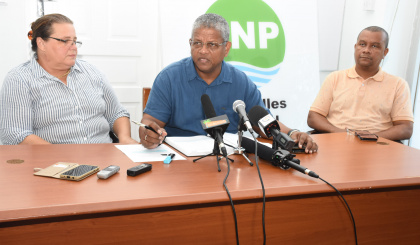 Mr Ramkalawan speaking during the press conference yesterday. On the right is Sandy Arissol, who will be replacing Mr Prea as SNP’s secretary general (Photo: Louis Toussaint)