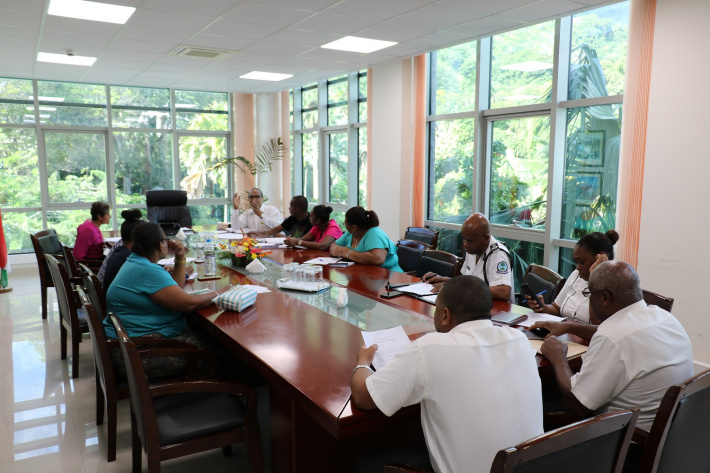 Members of the task force attending the workshop

In early 2018, the government announced that a task force was being set up to deal with the rising numbers of tourism accommodation businesses operating without a licence. The task force, which is made up of officials from the tourism department, Seychelles Licensing Authority and the police department, was set up and started its activities in March 2018.

At the end of 2019, a total of 65 properties had been visited and operators advised on the consequences of operating without a valid licence. The tourism department is pleased that as a result of this exercise a number of these operators have followed the advice to regularise their business and have since obtained their licence and a number of those that did not meet the minimum standards or policy requirements have discontinued their operations.

Despite the efforts of the task force, there is evidence that some properties are still not heeding the warnings or advice and continue to operate illegally. It has therefore become necessary for the task force to move to the next stage of the process which is to take legal actions as prescribed by the law.

In line with this, the Attorney General’s chambers held a workshop last week on the procedures to follow when preparing such cases for prosecution. Present at the workshop were representatives of the police department, the Seychelles Licensing Authority and the tourism department. The workshop provided clarifications and guidance on the responsibilities of each agency which is expected to facilitate the continued work of the task force during this year.