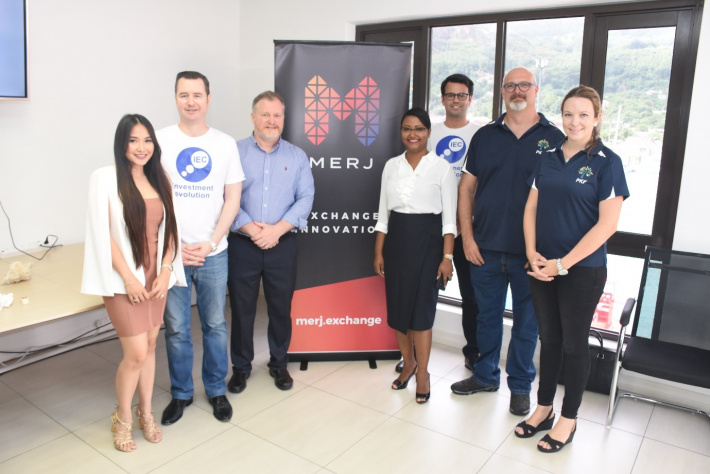 Listing of Investment Evolution Corporation on February 7, 2020 on MERJ EXCHANGE

It’s official. The Seychelles’ MERJ EXCHANGE is the fastest growing exchange in the world after Saudi Arabia’s Tadawul.

The MERJ EXCHANGE saw the value of its listings more than triple to over $1 billion in 2019, a pace of growth matched only by Saudi Arabia, which was boosted by the biggest IPO on earth with Saudi Aramco.

The figures released by the World Federation of Exchanges confirm MERJ EXCHANGE’s robust expansion story, which has been making headlines around the world and winning the exchange awards for innovation and leadership. Bloomberg TV was among the wall of international media featuring MERJ’s recent deal with CurioInvest that will see collectable cars tokenised and represented as security tokens.

MERJ’s progress was also recognised at the Securities Tokens Realised Awards London 2020 this month with the award for the “leading existing exchange in moving towards digitisation of securities”.
The journey of MERJ EXCHANGE, which was formerly known as Trop-X (Seychelles) Limited, started seven years ago in 2013 with the first listing of SACOS Group Limited on the Main Board. Since then, the EXCHANGE has grown in size and function, as it ended the year 2018 with a total market capitalisation of USD 287 million and a total of 30 securities listed on its various boards.

The year 2019 marked a historical milestone for MERJ EXCHANGE as the securities exchange underwent numerous changes to modernise its service offering to its clients. During the first quarter of the year, the EXCHANGE started a rebranding exercise aimed at positioning itself at the forefront of technological advances in the capital markets. This included the new logo, which reflects the use of cutting edge Blockchain technology.

Later in the year, MERJ EXCHANGE self-listed on its Main Board. This was subsequently followed by an Initial Public Offering (IPO) of 16% of its shares under short code “MERJ-S” in September. The IPO price for the MERJ-S shares is at USD 2.42 per share and the offering is open to individuals and entities in Seychelles and globally; it is expected to close by the end of February 2020.

The Seychelles’ location in the Indian Ocean places MERJ EXCHANGE geographically at the centre of some of the fastest growing and most interesting emerging markets in the world. Although the older more established exchanges in Europe and the US still dominate the securities and trading industry, MERJ EXCHANGE is the first-ever national stock exchange to launch tokenised Initial Public Offerings (IPOs), listing equity on the Ethereum Blockchain. This combination of improved technological offering and shifting economic growth patterns places the Seychelles and MERJ EXCHANGE in a very interesting position.

MERJ Exchange has always remained committed to providing reliable, accurate and trusted service to the financial market through the identification of financial instruments. As a result, in November 2019, the Exchange attended the Association of National Numbering Agencies (ANNA) General Meeting where it was unanimously voted as a Full Member of the Association, after being a Partner Member since 2013. ANNA is a global association of national numbering agencies which fosters standardisation within financial industry by upholding International Organisation for Standardisation (ISO) principles such as International Securities Identification Numbers (ISINs) which can be used by all nations and their markets.

Highlights of the Year 2019

The total number of securities listed on MERJ EXCHANGE increased by 26.67% during 2019. With 11 new listings for the year, the total jumped to 38 at the end of 2019. This consisted of two debt listings and 36 equity listings. Listings were concentrated mainly in areas of real estate, agriculture, agriculture software and financial services.

The 11 new listings increased the market capitalisation fourfold to a record high of USD 1.2 billion, as of the end of 2019, when compared to same period in 2018. This represents a 319% increase. Through these listings, issuers raised a total amount of USD 14.2 million from investors globally.

Going forward, MERJ will continue to build on its recent achievements and contribute to the success of the Seychelles financial sector. With the first listing for the year 2020 on February 7, and a growing pipeline of new companies looking to list as well as the recent addition of 6 new listing sponsors and 1 broker member, MERJ is well positioned to realise its growth ambitions. 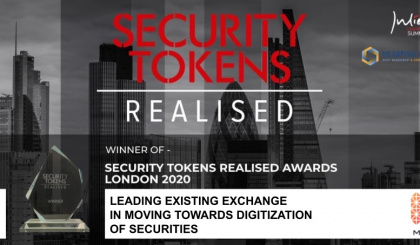