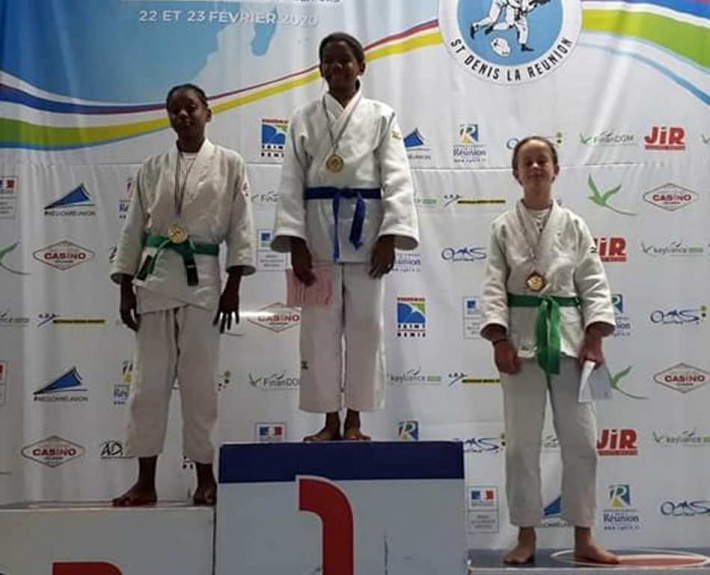 Four medals, precisely three silver and one bronze, is the total harvest of the Etoile Judo Club at the Open International Minimes de la Ville de St Denis which took place at the Champ-Fleuri Dojo in Reunion over the weekend.

The Anse Etoile-based club was being represented at the competition by 11 judokas who competed under the guidance of coach Naddy Jeanne.

Kendra Vital, who competed in the cadet -40kg, brought home the bronze medal.

Other than coach Jeanne, they were also being accompanied by officials Gilberte Serette and Annabelle Tirant.

Originally, the competition was exclusively reserved for mini-cadets and was only opened to seniors after JCM Saint-Denis took over.

According to the organisers, it allows young athletes to gather fighting experience since there is almost no competition in the region apart from the Indian Ocean Island Games (IOIG) which take place every four years.

They also noted that it is also important to boost this category which lacks competition.