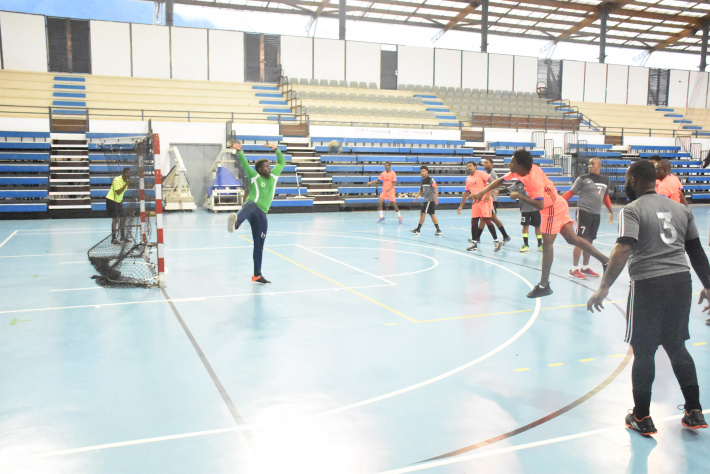 Handball action will be back at the Palais des Sports, Roche Caïman this coming weekend with Curtain-raiser matches which will launch the 2020 season.

In last season’s men’s Mohan League, Super 8 finished as champions on 16 points after claiming five wins and a single defeat out of their six matches played, scoring 251 goals and conceding 160.

As for AC Brothers, they finished third overall on 11 points, following three wins and two losses.

Their exploit was in the SHF Cup where they had their revenge by defeating Super 8 in the final.

In the women’s match, last season’s Mohan League and SHF Cup winners MF Storm will play against their main rivals Au Cap Sisters who finished as runners-up in both competitions.

MF Storm won the Mohan League with a maximum 18 points after six wins in as many matches, scoring 169 goals and conceding 92.

Runners-up Au Cap Sisters garnered 13 points in total from four wins and one loss, scoring 167 goals and letting in 80.

At the IOCC, Au Cap Sisters concluded the competition in the fourth overall position, after losing the third-place match against Le Port of Reunion.

In the third place playoff, the local selection lost 18-41 to miss out on the bronze medal.

In the group stage, Au Cap Sisters finished fourth overall on six points from a single win and three defeats.

Saturday’s women’s match will begin at 2pm, while the men’s game will start at 3.30pm.