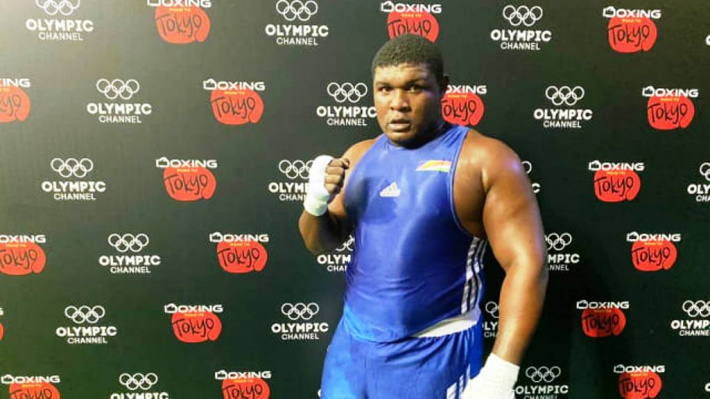 Will Keddy Agnes make it to the final and earn Olympics ticket?

Seychellois boxer Keddy Agnes was to step into the ring for a third time in Dakar, Senegal last night in search of a spot in the super heavyweight (+91kg) category final of the ongoing African boxing qualifying event for the Tokyo 2020 Olympic Games.

Agnes was to fight Algerian Chouaib Bouloudinats in yesterday’s semifinal and in the event of a win he would make it to the final and at the same time earn direct qualification for the Olympics.

Due to the time difference between Seychelles and Senegal – four hours – Sports NATION did not have the result of the bout by the time the paper went to press.

After winning his preliminary round fight on points (5-0) against Cabo Verde boxer Davilson Dos Santos Morais on Saturday, Agnes booked his semifinal spot by a split-decision (3-2) win over Jeamie Tshikeva Kimbembi of the Democratic Republic of Congo who was the number three seed in the super heavyweight division.

In case of a win last night, Agnes would have a go at winning the gold medal but before that he would become the second Seychellois athlete after Laser specialist Rodney Govinden to qualify for the XXXII Olympiad.