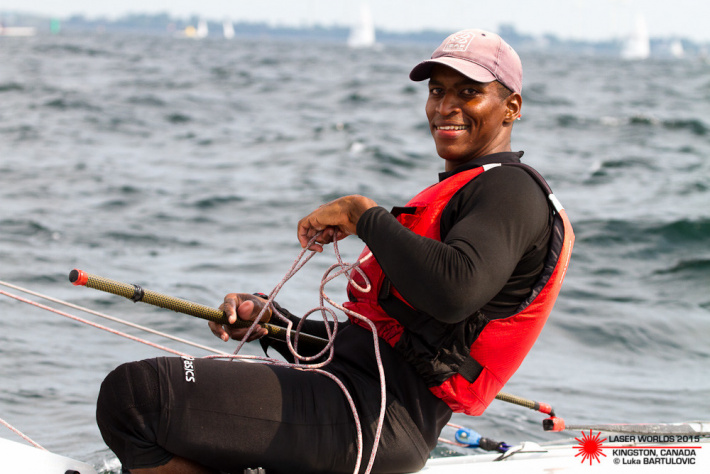 Laser sailor Govinden has already started his preparation for the Olympics

Rodney Govinden gears up for the Olympic Games

With only four months left before the Games of the XXXII Olympiad, scheduled to take place in Tokyo, Japan from July 24 to August 9, local sailor Rodney Govinden, the only Seychellois athlete who has qualified for the Games so far, has shifted to higher gear in terms of preparation and training.

Laser Standard specialist Govinden became the first Seychellois athlete to qualify for the Games after clinching the Laser gold medal at the 2019 African Championship RSX and Laser late last year.

Three first places, five second places, one third place, one 10th place and one 11th position after his two worst finishes – 10th and 11th places – were discarded, earned Govinden a nett score of 22 points, enough to book him his ticket to Tokyo.

This year’s Games will be his second after competing in Rio de Janeiro, Brazil in 2016 where he finished 45th overall.

Chief fisheries technician at the Seychelles Fishing Authority (SFA), Govinden has taken six months sabbatical leave just to concentrate on his training as he is targeting to build up his volume, so that he can peak at the right moment for a good performance.

The reigning Male Athlete of the Year has shared his detailed proposed training plan with Sports NATION, including his local preparations and proposed international training camps and regattas during the period leading to the Olympic Games.

The weekly training load is being periodised accordingly to ensure that he continually build his fitness over the period.

A daily and weekly log of his training are also being kept and made available to the Seychelles Yachting Association (SYA) and the National Olympic Committee.

Govinden’s training plan also includes international training camps aimed at getting access to world class coaching and training partners that will help him to improve his sailing skills further.

Furthermore, the training camps will be an opportunity for him to gauge his performance level against other world class sailors at specific regattas.

Among the proposed base camp training option is the VianaSailing in Viana do Castelo, Portugal.

The VianaSailing is a sailing company that provides world class coaching for the Laser and Optimist classes.

Founded by a group of international coaches with a vast experience in the field, VianaSailing’s goal is to provide coaching and chartering services with the aim of improving the sailing skills of the sailors and helping them to reach their goals. They have experience working with Olympians to national level sailors.

Sailing competitions at the 2020 Summer Olympics in Tokyo are scheduled to take place from 27 July to 6 August at the Enoshima Yacht Harbour in Enoshima.

Boats are allocated points for their finishing position in each race (first place = 1 point, second place = 2 points, etc). Points are doubled in the medal races, in which only the top 10 boats in each class compete. The boat with the lowest total score is the winner.

All events at Tokyo 2020 will be fleet races, meaning all the boats in an event are on the water at the same time.

The winner of a race is the first boat to cross the finish line after navigating a large triangle-shaped course marked by buoys.