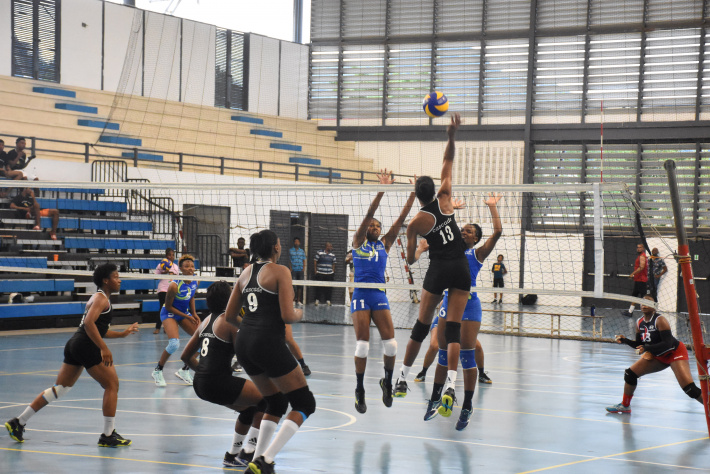 Volleyball actions back at the Palais des Sports on Saturday

The curtain on the 2020 volleyball season will be officially lifted on Saturday with the Seychelles Volleyball Federation Cup matches which will set the new season rolling.

Premium Spikers were crowned as last year’s league champions after garnering 22 points from seven wins and a single loss out of eight matches.

In last year’s SVF Shield, the matches between Arsu and Island Waves (formerly Praslin Girls) and Premium Spikers and the now defunct Swimblue Pals were not played due to protests regarding some issues involving the SVF which some of the teams said were unfair.

Joined by Swimblue Pals, Arsu decided not to step on the court, but instead mounted a protest, forcing umpire Freddy Porice to award the match to Island Waves who abided by the formalities and were ready to play.

According to Arsu, Island Waves had two illegal players, namely Malagasy Rose Delima who previously played for Bi’AS and Ethiopian Yodit Tarekegn whose transfer processes were not completed.

Their protest was also based on the ban imposed on Jerina and Marielle Bonne by the SVF after withdrawing their participation at the Commonwealth Beach Volleyball Tournament in Sierra Leone.

It is to note that the ban on the two players was lifted during the federation’s annual general meeting last month.