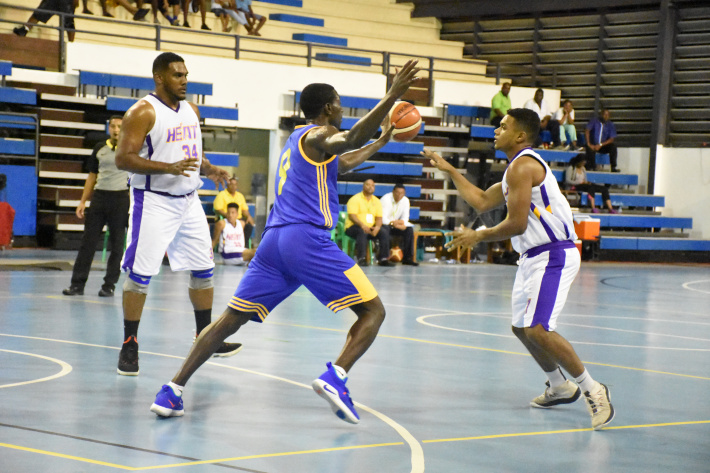 Will basketball action return this year?

All hands on deck to try and salvage the 2020 season

In a new attempt to try and save local basketball and to reintroduce it in 2020, the local sports authority, along with other partners, are hosting a special meeting on Saturday to try and find common solutions to remedy the current fiasco.

The National Sports Council (NSC), along with the department of youth and sports, are inviting the Seychelles Basketball Federation (SBF) and its members, along with all the registered clubs and players at the auditorium of the Seychelles Football Federation at Maison Football on Saturday to discuss ways and means on how to try and come up with options on how to bring basketball back on its feet in 2020.

The sport has been non-existent at competitive level locally for almost a year now, after the SBF was suspended for fraudulent financial report and mismanagement of funds.

Evidence of such malpractice first surfaced during the federation’s annual general meeting held at the Seychelles Trading Company (STC) conference room on Bois de Rose Avenue last year and from then on, various proposals were suggested to try and remedy the situation, but none was successful.

After being handed over to the Anti-Corruption Commission of Seychelles (ACCS) for a full scale investigation regarding an approximate R1.1 million liability, the file is now on the desk of the Attorney General.

It has been established that the SBF’s existing debt rounds up to approximately R1.1 million.

The SBF still has an outstanding US $4,900 obligation towards the Fédération Internationale de Basketball (Fiba) after paying only US $3,100 out of US $8,000.

Apart from the huge debt resulting from the Indian Ocean Club Championship (IOCC) hosted in 2018, it also appeared that there were some huge sums missing from the financial report, as well as some suspicious transactions, including transfers and mysterious expenses.

These include unavailability of receipts for all expenses, and also cheque books which were not properly filled with dates, amounts, and purposes for the payments.

Despite all the problems, local basketball lovers recently came up with an initiative to host a basketball tournament to keep the sport alive.

An initiative of the Premium Cobras and Beau Vallon Buccaneers clubs, the competition, baptised the ‘Warm Up’ tournament, took place over the past two weekends at the newly renovated Victoria Gymnasium.

It was Premium Cobras (men division one), Beau Vallon Buccaneers (men division two) and Anse Etoile Stars (women) who emerged as winners in the different categories.