Leon Michel Deltel and Alain Deltel, two other Deltel brothers, yesterday also gave their testimonies in the case of compulsory acquisition of their family’s property at Grand Police.

Both brothers who live in Australia interacted with the commissioners of the Truth, Reconciliation and National Unity Commisson (TRNUC) via Skype.

Leon Michel, who was the first to appear before the Commission, is the eldest son of Anielle and Raymond Deltel. He stated that some two years after the 1977 coup d’etat he migrated to Australia because he said “he could see things coming”.

In regard to the compulsory acquisition of his family’s property Parcel T575 at Grand Police, Mr Deltel detailed the content of the Will of his grandmother Yvonne Deltel born Hoareau who bequeathed all her moveable and immovable property at Grand Police to her son Raymond Deltel and all his children. But on September 26, 1983 he said the property was compulsorily acquired supposedly in the national interests but there was no plan or project to justify the action according to Leon Michel who believed that the action was pure malice. There was talk that it was to be developed for agricultural purposes but that did not happen and years later they learnt that an army camp was being set up there instead.

Leon Michel also confirmed the pain and trauma his parents, especially his 67- year-old father, went through before together with his mother and younger brother he moved to Australia in 1984 to live with him.

He noted that the property is now privately owned and said it is clear that the Deltels and the Seychellois people have been deceived.

He has called on the TRNUC to, in the spirit of fairness and reconciliation, consider returning the property to its rightful owners – the children of Raymond Deltel.

Asked if he would have an alternative proposal if the property is not returned, Mr Deltel said he has not made up his mind about that possibility but he would prefer to have the property returned to the family, a view that his brother Alain also completely agreed to.

Alain recounted that his father and Albert Rene supposedly became friends after his brother in law, dentist Gilbert Savy who studied with Mr Rene in London, introduced them. He detailed how Mr Rene always came to lunch and how he enjoyed her mother’s cooking. But Mr Rene, who was campaigning for an election, told his supporters that when he won he would take land from rich landowners and Alain said he warned his father that Mr Rene could not be trusted but he was a naïve man so he brushed it aside saying Mr Rene just wanted popularity.

Alain recounted how his family received a letter dated September 19, 1983 signed by Georges Payet, PS in the Ministry of Development, announcing them of the acquisition and how they should meet with him as soon as possible to discuss the details of the acquisition and their departure from the property. Alain and his father attended the meeting and he said Mr Payet mentioned that government could facilitate their departure to another country something which the family did not accept. Seven days later they received another letter, this time from Jacques Hodoul, Minister for National Development, certifying the acquisition in the national interest and the same day another letter, an official notice of acquisition, was received by the family.

Alain, who has all the different letters related to the acquisition including the one calling on the family to make their claim of compensation, read them all to the Commission. He also read the content of his grandmother’s Will and claimed that the property should be returned to the family. He confirmed that the Grand Police property is now privately owned as it was transferred through a company named Lumington Investments on February 2, 2007. The transfer was conducted by Patrick Lablache as PS acting on behalf of the Republic of Seychelles. A shareholder with 99 shares is a Salam Al Nayadi.

“I don’t know who he is but what I know is his name does not appear on my grandmother’s Will. Who owns the remaining share or who are the beneficial owners? I don’t know,” said Alain, noting that maybe Mr Lablache could shed light on the whole transaction and also tell the Commission who gave him the order to carry out the transfer.

“A person who steals properties in the guise of national interest and a person who receives stolen property are both guilty according to the law,” Alain stressed. He said his destitute parents and himself arrived in Perth, Australia in February 1984. He went on to detail their life in Perth.

Like his brother before him, Alain also expressed the hope that the Commission could in the spirit of fairness and reconciliation, considers returning Parcel T575 to its rightful owners – the children of Raymond Deltel as stated in the Will to ensure the property, which is of historical importance and outstanding beauty, stays in the name of true Seychellois.

Albert Napier lost his job for educating workers about their rights

Albert Napier appeared before the Commission to submit a complaint to explain what happened in 1978 but before that he gave a brief summary about his life and work as a casual worker at Seychelles Breweries which he started in 1974.

He recounted how he and work colleagues brought workers together to educate them on their rights, and open their eyes to the fact that they were being exploited by their employers and denied the necessary workplace protection and that their working conditions need to improve. He talked about how they boycotted doing overtime because they were being badly paid and how he fought for the right of his fellow workers, the problems he encountered as a result in his work place and how the group of workers joined a workers union affiliated to the SPUP.

Payday was usually on the 28th of each month but on August 29, 1978, Mr Napier recounted how he brought their concern to the management as they had not been paid on the 30th, the different problems that ensued with his workplace management as well as the Seychelles National Workers Union and how on Saturday September 2 he was shocked to hear that a colleague and himself had been dismissed from work at Seychelles Breweries on the national radio.

The reason given was that they had incited a group of employees to stop work on the afternoon of August 30 because they had not yet received their salaries. The radio announcement also stated that the Seychelles National Workers Union agreed with the decision because of the two men’s “irresponsible attitude which is not in the spirit of national development”.

When he tried to ask question he was informed that the case was closed and to stop worrying about Seychelles Breweries and its workers and he was offered new job opportunities which he refused.

He wanted redress in the case and to defend himself and clear his name. He   even saw President France Albert Rene on the matter but again he offered him another job on a patrol vessel for which he was interviewed by the then Minister for Defence, Ogilvy Berlouis.

Mr Napier recounted that this was the start of his victimisation and he was denied work opportunities both in the public and private sector and often when he went for interviews he was shown the newspaper announcement and was told by the organisations that they did not want somebody to organise workers and conduct strikes in their organisations.

In 1979 during the strike against NYS he was working as a painter at the Regina Mundi and he was arrested and held in police custody because he went to listen to the Minister for Education addressing striking pupils. Mr Napier, who went on to be the editor of a religious action group newsletter ‘Vie Action’, among other responsibilities, said his problems with the authorities continued even after he got a job to work abroad for a few years. When he came on holiday he was still followed and the persecution and victimisation continued and he detailed them all to the Commission. Mr Napier told the Commission he believed he was dismissed from his job at the Seychelles Breweries because the National Workers Union was a shareholder in Seychelles Breweries then. He expressed the hope that with the help of the Commission he could be paid all his dues that he was denied when he was unlawfully dismissed from work and compensation for all the victimisation, persecution that he and his family endured.

Sarah Wong joined the police force on July 6, 1972 after following three months’ training at the Mont Fleuri police training school. She had the opportunity to go for further training and was promoted to sergeant and transferred to different stations. Ms Wong said she enjoyed her work but all was to change on June 5, 1977 after the coup d’etat when work as police officers changed and orders were received from different authorities including the army and militia officers who continuously harassed the police. At that time she had been transferred back to the Central Police station.

She noted that the harassment came to a head after an incident at the New Port involving Tanzanian soldiers when she stood her grounds and did her work as a police officer should.

At one point she was suspended following a report against her but for her she had no reason to because she was expecting to have the opportunity to explain herself but that never came but instead she received a termination letter and an advice to leave the country which she turned down. Ms Wong said her harassment and persecution continued and she detailed all to the Commission.

Asked if there were no avenues to challenge the dismissal Ms Wong noted that she had nowhere to go as even the lawyers were affiliated to the state. She is counting on the Commission to help her obtain some form of redress after so many years that she has remained silent.

The Commission informed Ms Wong that it has requested for her file from the Police.

Dobin Samson had been called back by the Commission to clarify certain allegations in the case of Jimmy Bell regarding security clearance.

Mr Samson clarified that his office was at State House from 1978 up to1993. He reiterated that from 1986 to 1993 he had different other responsibilities like port security, airline security… but he had nothing to do with security clearance.

Asked if he knew how to go about helping someone get cleared, Mr Samson explained that as an employer then if he wanted to employ someone he had to submit a request for security clearance which could be granted or denied but he was not responsible to clear anyone.

The TRNUC continues its hearing this morning. 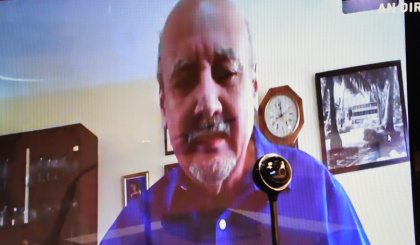 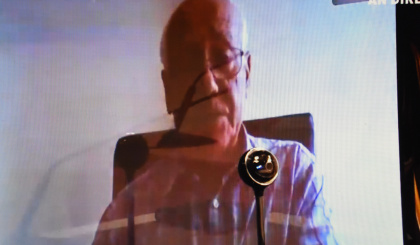 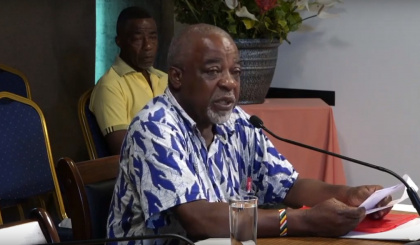 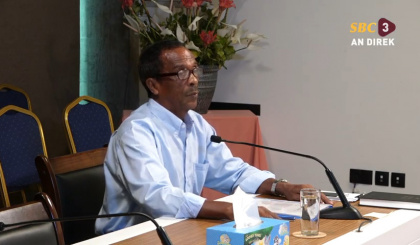 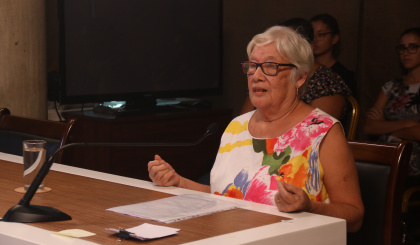