Sports for All: Parents Welcome programme Redressing the issue of obesity among children in Seychelles | 07 March 2020 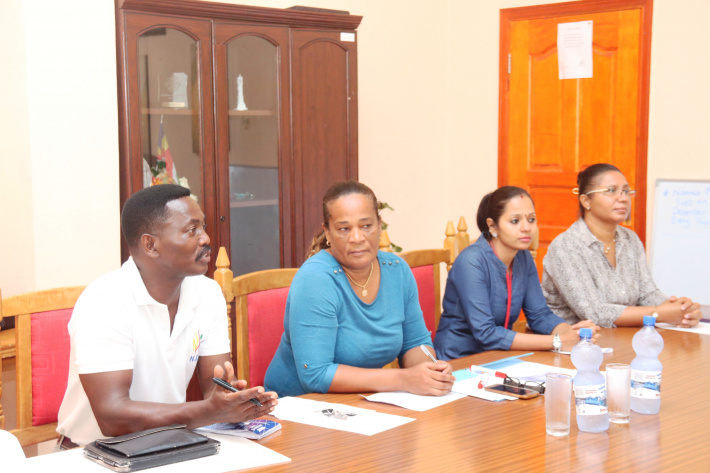 In the past two years, the rate of obesity in children has sharply risen to 41.4 percent and according to the school screening report for 2018, one in five children in Seychelles is either overweight or obese.

The disturbing statistics surfaced yesterday during the annual evaluation workshop for the ‘Parents Welcome’ programme which took place at the boardroom of the National Sports Council (NSC) at Stad Linite, Roche Caïman.

In place for the last 15 years, the ‘Parents Welcome’ is an initiative the Sports for All Unit within the NSC, the programme is aimed at redressing the issue of obesity among children in Seychelles by getting them involved in doing sports.

It is run in partnership with the Ministry of Education and Human Resources Development and the department of health.

Yesterday’s session which gathered physical education teachers and other teaching and non-teaching staff involved with the programme at school level from Mahe, Praslin and La Digue, was officially launched and led by director of the Sports for All Unit Francis Remie.

In his opening remarks, Mr Remie noted that increasing physical activity and promoting a healthier dietary intake are the cornerstones of obesity prevention and treatment.

He noted that the current epidemic of inactivity and the associated epidemic of obesity are being driven by multiple factors, including societal, technologic, industrial, commercial, financial which must be addressed likewise on several fronts.

Mr Remie made reference to children watching television, playing electronic video games, spending time on phones and tablets, instead of engaging themselves in physical activities.

He explained that since the ‘Parents Welcome’ initiative consists of an after-school health education programme, it is therefore a good and positive starting point to try and tackle the situation.

To conclude, he highlighted that obesity has become a national public health problem significantly impacting the current and future health of local children and adolescents and that being involved in sports or other forms of physical activities can help children maintain a healthy weight.

Sports provide opportunities to regularly engage in moderate to vigorous physical activity, and can help prevent conditions and diseases associated with physical inactivity and being overweight or obese.

Guest speaker at the event, health promotion coordinator for the Ministry of Education and Human Resources Development Brigitte Labonte enlightened the delegates on the different aspects of child obesity through her presentation entitled ‘Health, Physical Activity and Academic Performance’.

She explained that while exercise is a physical activity that is planned, structured, repetitive, and purposeful, physical activity on the other side includes any body movement that contracts your muscles to burn more calories than your body would normally do so just to exist at rest.

She also touched areas of physical activity such as mental health where it decreases and prevents conditions such as anxiety and depression, as well as improves mood and other aspects of well-being.

Cognitive benefits and health, it was mentioned that it is best to work out your body and your mind through regular exercise and mentally and socially stimulating activities.

An issue raised by those involved in the programme over the past years is that obesity among children in Seychelles is not an issue just for PE teachers but is rather a concern for the entire school, including the academic teachers, the management and support staff.

Without neglecting the academic part of the school curriculum programme, they stressed that there should be more emphasis and also more involvement if the programme is to become a real success.

They also noted that the actual education system tends to focus only on the academic development of the children, while no emphasis is being put on their health and personal development.

It has been suggested that children require at least 60 minutes of moderate to vigorous physical activity each day.

Schools can help prevent obesity by offering higher quality and more active physical education-for all grades, every day-and by promoting physical activity throughout the school day.

According to the population-based approaches to childhood obesity prevention released by the World Health Organisation published in 2012, over the past three decades the prevalence of overweight and obesity has increased substantially.

Globally, an estimated 170 million children (aged less than 18 years) are now estimated to be overweight.

However, overweight is rising in almost all countries, with prevalence rates growing fastest in lower middle-income countries.

The high prevalence of overweight and obesity has serious health consequences. Raised body mass index (BMI) is a major risk factor for diseases such as cardiovascular disease, type 2 diabetes and many cancers (including, for example, colorectal cancer, kidney cancer and oesophageal cancer).

These diseases – often referred to as non-communicable diseases (NCDs) – not only cause premature mortality, but also long-term morbidity. In addition, overweight and obesity in children are associated with significant reductions in quality of life and a greater risk of teasing, bullying and social isolation. 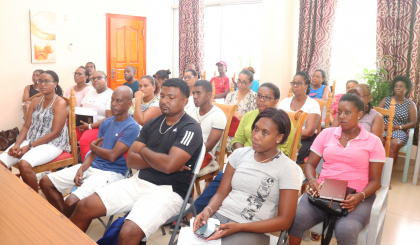