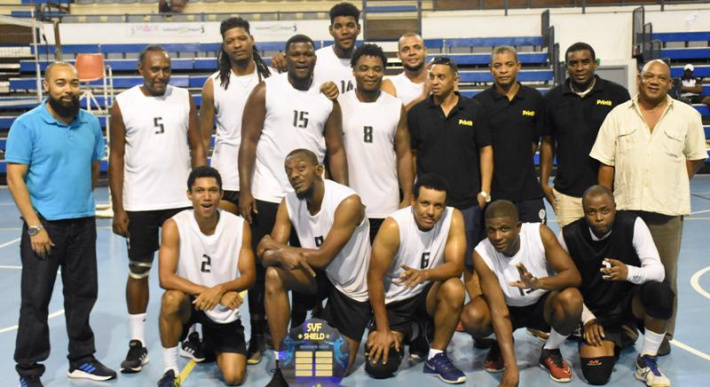 In the matches which took place on Saturday at the Palais des Sports at Roche Caïman, Premium Spikers were up against SVF Cup runners-up Neo Boyz, while Cascade played City Ladies who also finished as second best in the league last season but won the SVF Cup.

Saturday’s event began with a minute’s silence as a mark of respect for the late Andy Marie, the manager of Racing Volleyball Club, who recently passed away.

For the women’s match, Cascade came in as league champions, while City Ladies qualified after winning the women’s SVF Cup title.

Women’s league champions Cascade on Saturday were receiving instructions from Marie-Ange Bouchereau who has replaced François Magloire on their bench, while Malagasy Rose Delima has also joined them from Praslin side Island Waves.

The match started on a low pace, with both teams committing many mistakes keeping the score close during the first set.

Despite an early 8-4 lead, City Ladies were not committed enough to hold, allowing Cascade to close in and level the score at 10-10, before taking the lead 11-10, forcing coach Jones Mangroo to call his first time-out of the match.

His advices were well executed as City Ladies stepped up to regain their lead, extending it to 19-13 before Cascade fought back to close it to 22-21.

Cascade managed to score another point, but it was not enough as City Ladies marched on to win the first set 25-22 for a 1-0 lead.

The second however was a different scenario as the league champions remained ahead in the scoring all throughout the set.

After taking an early 7-5 lead, the girls of coach Bouchereau never looked back as they kept scoring, extending their lead to 22-18, then 24-20, before winning the set 25-20 to level the match at one set apiece.

They managed to reach 24, leaving City Ladies stuck on 19.

The latter, however, managed to score two more points, before Cascade concluded the set 25-21 for a 2-1 set lead.

In the fourth set, City Ladies did show some combativeness, keeping the score close and even took a 16-15 lead, before allowing Cascade to come back and overtake them in the scoring.

In the men’s match which was a one-sided affair, league champions Premium Spikers who are still fresh from their Indian Ocean Club Championship (IOCC) adventure started the game on a rather slow pace, trailing 2-5 early, before catching up to tie it at eight points apiece.

From then on, the players of coach Didier Dugasse took the lead which they managed to hold on to until the end of the set.

Just like in the first set, Neo Boyz came out strong early in the second period, matching the league champions in scoring, until the latter took a 10-9 lead.

Compared to the first two sets, in the third, Premium Spikers took the lead right from the beginning and from 9-2, they moved up to 16-11, then 19-14.

Neo Boyz threw in their last effort to try and win the set with the probability of turning the match around, but Premium Spikers were thinking of ending things right there.

Cascade coach Marie-Ange Bouchereau: “To be honest with you, at the beginning of the match, City Ladies were dominant and our players were a bit lost. However, they slowly managed to pick up and even if we struggled, the essential part has been accomplished. In the beginning, nothing was really working and we threw away seven points solely from service, while our attacks and blocks were not working at all. As you know, in volleyball, if the two are not working, you will definitely lose. During time-outs I briefed the players about what they were doing wrong, as well as what was right. It was just a matter of correcting the wrongs, while maintaining the good.

City Ladies coach Jones Mangroo: “As you can see, it is the same team who competed in the final of the SVF Cup last season and during my absence due to my involvement in the IOCC in Madagascar recently, no training sessions took place. In general, for me it was not a bad performance and I congratulate Cascade for their win. Also, Cascade are fresh from a high level competition, it is therefore normal for them to outperform us.

“Our main priority for the new season is to recruit new players and I will stress on it with management as it is a must, if we want to maintain our standards from last year, or even do better.”

Premium Spikers coach Didier Dugasse: “Taking into account that we just took part in a high level competition, no formal training and also several injuries and sickness, I am very satisfied with the team’s performance.  There was some resistance from Neo Boyz but we managed to contain them and once again I am very satisfied with the performance. For 2020, we have some young players and we have already fitted them into our team structure, alongside the older and more experienced players who are also helping them to integrate. So, the new season is a very positive one for Premium Spikers.”

Neo Boyz coach Ruudy Joseph: “I am not disappointed at all as the match was not that bad, even if it was not the way we wished it would have been. There are clearly a lot of adjustments to be made. It is normal for a team who have just taken part in a major international competition to outplay one who have not been competing, even if they are training regularly. It is important for our young players to understand that there is still a lot of work to be done and not to be overconfident, or remain stagnant in their performance. They must understand that we must work harder as the game of volleyball is evolving. A young team, backed by some experienced players, Neo Boyz is a team with a bright future. It is however important to create the balance between younger and older players, especially during match situations to benefit the team.” 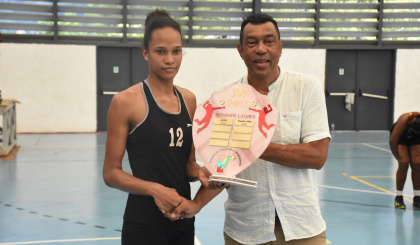 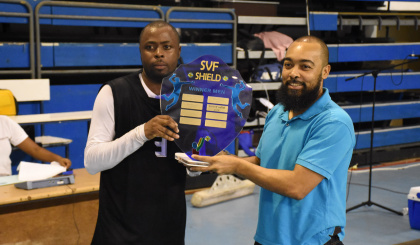 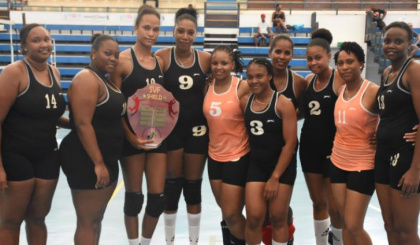