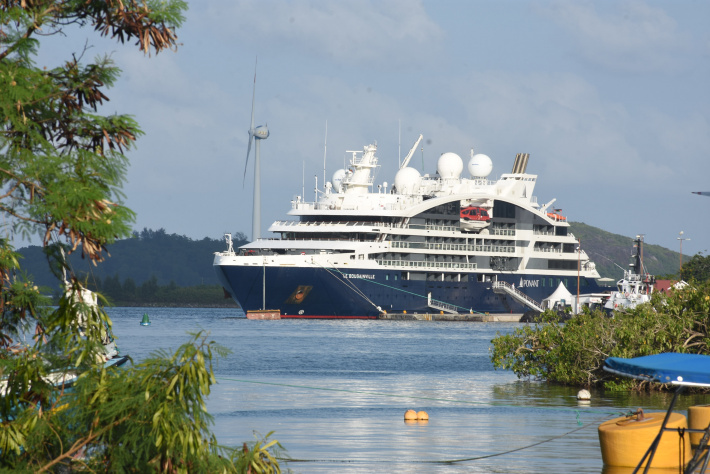 “No cruise ship will be allowed to dock in Port Victoria until further notice,” the chief executive of the Seychelles Ports Authority, Ronny Brutus, said yesterday.

He was speaking at a meeting with stakeholders following the decision by government on Tuesday to halt all cruise ship activities in Port Victoria which were suppoed to go until May 4, 2020.

In the presence of the principal secretary for civil aviation, ports and marine, Alan Renaud, the meeting held in the SPA’s conference room yesterday afternoon was to discuss the issue among others relating to port procedures and facilities in relation to tourism activities in the port.

The representatives of the various stakeholders, namely the destination management companies (DMCs), shipping agents, craft vendors, entertainers etc.., were in favour of the decision taken by government but noted they were not happy with the way, they claimed, it was “abruptly” relayed to them.

Coming mainly from the DMCs, they claimed that they were left in limbo as they should have been issued with an official written advisory notice on the premature closure of the cruise ship season so that they could relate it to their clients.

They explained that some clients were not able to disembark though some ships, cruising in the Seychelles waters, had the green light in the first place and that caused confusion.

They also said that there should have been better communication and consultation between all parties so as to prevent clients from also being left in limbo as they had planned and paid for their holiday package.

Mr Brutus explained that in view of the rapid spread of the coronavirus (COVID-19) globally, government has seen it fit, in the national interest, to also react quickly and to close the cruise ship season early so as to forestall the introduction of the virus in the country through our port.

He further said that a total of 60,875 passengers and 19,785 crew members have passed through Port Victoria.

He noted that the next cruise ship season for September 2020 to May 2021 is on hold until further notice. Last year, during the same period, there were forty-seven port calls from cruise ships.

In the wake of panic by the locals upon cruise ship ‘AIDA’ being spotted in Port Victoria on Tuesday 11, 2020, following the announcement to cut short the cruise season, Mr Brutus explained that AIDA was already docked in Port Victoria on Monday 9, 2020, prior to the cruise ship ban announcement and it had the clearance from the health department as it had no infected passengers onboard. It left the following day in the evening, the day the announcement was made.

The only cruise ship docked in Port Victoria yesterday was locally based ‘Le Bougainville’ which cruises around the islands in our waters. It came into port late on Tuesday night for provisions and passenger change. He noted that all passengers onboard were screened including those that came in by air. The ship left last night.

“Upon the departure of ‘Le Bougainville’ no cruise ship will be authorised to enter Seychelles until further notice,” Mr Brutus said, noting that SPA will held constant meetings with them (stakeholders) for updates and feedbacks and he also urged that better communication be transmitted to stakeholders.

He committed himself to issuing an official written advisory notice to all stakeholders by 4pm yesterday.

The stakeholders, though, did not want to speak to the press on the issue.

In relation to cargo vessels entering Port Victoria, Mr Brutus said that the vessels and crew members are screened by the health personnel, among other representatives of other authorities who also board the vessels at sea, before being allowed to dock. 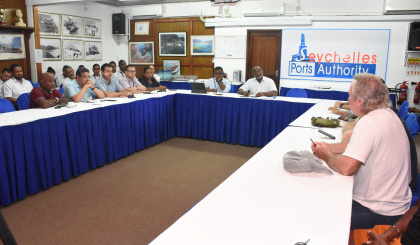