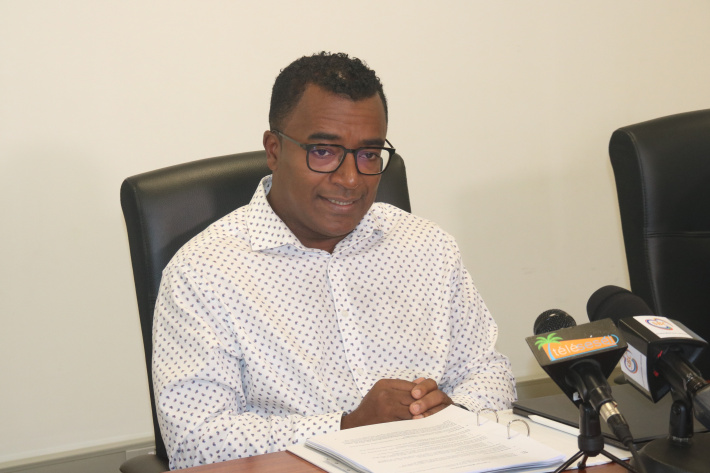 International passengers who buy airline tickets as from April 2020, will pay a disembarking fee now that cabinet has approved the Airport (Government) (Amendment) Regulations, 2020.

This introduces a new disembarkation levy of US $15 to all arriving passengers at the Seychelles International Airport.

The approval took place during a scheduled meeting of cabinet on Wednesday March 11, 2020 chaired by President Danny Faure and at which a number of legal memoranda were considered.

At a cabinet de-briefing yesterday morning at State House Annex, the principal secretary for civil aviation, ports and marine, Alan Renaud, said the new levy will be used to fund new projects for the Seychelles Civil Aviation Authority (SCAA) in terms of improving safety and security, introduction of new passenger information systems, painting of the runway and a reclamation project among others.

He noted that SCAA is expected to collect US $6 million from the newly introduced tax levy.

He claimed that SCAA needs to start collecting the revenue in order to pay for the projects.

Mr Renaud noted that embarking international passengers are already paying a passenger service fee of US $50 and the newly introduced US $15 will bring the total levy to US $65 which, according to PS Renaud, is reasonable compared to that at many airports.

He said that the US $15 disembarking levy is not unusual as it also exists in other countries.

He noted that the levy, approved by the SCAA, was based on a list of projects for their new air management system in need of funding. He said that it will not affect domestic flights.

PS Renaud also commented on the restructuring of the Maritime Accident Investment Board (MAIB) to enable the organisation to fulfill national expectations and international obligations, which was also approved by cabinet.

Apart from a board which will remain in place as part of the new proposed restructuring, Mr Renaud said that a secretariat will be appointed in the form of a senior administrative officer and the appointment of a principal investigator or inspector who will oversee a team of well qualified investigators.

PS Renaud said that the reason for the change is that MAIB is being run by a board and it had been very difficult and challenging for them to fulfill all the commitments as they had to do administration as well as carrying accident investigations which he claimed are very complicated, added to the fact also that they were not meeting regularly.

He said because of these challenges, MAIB was not able do as much as it could have done in accident investigations at sea.

Among looking into other areas in relation to accident investigation at sea, he stressed on the need for MAIB to expand on the number of incidents for investigations such as in where somebody is away from work for more than three days, something that was never done in the past.

PS Renaud further stressed that the mandate of MAIB is not about looking at charging people but only about looking at causes for future recommendations in a way that seafarers and the public in general can learn from them.

He also said that apart from drowning incidents, involving boats, MAIB does not investigate drowning from normal swimming or others.

He further said that MAIB will continue to work closely with the government, the Seychelles Maritime Safety Administration (SMSA), the Seychelles Coast Guard, the Islands Development Company (IDC) and seafarers among other stakeholders.

PS Renaud noted that the restructuring of MAIB will also see better communication with affected families and the public in general.