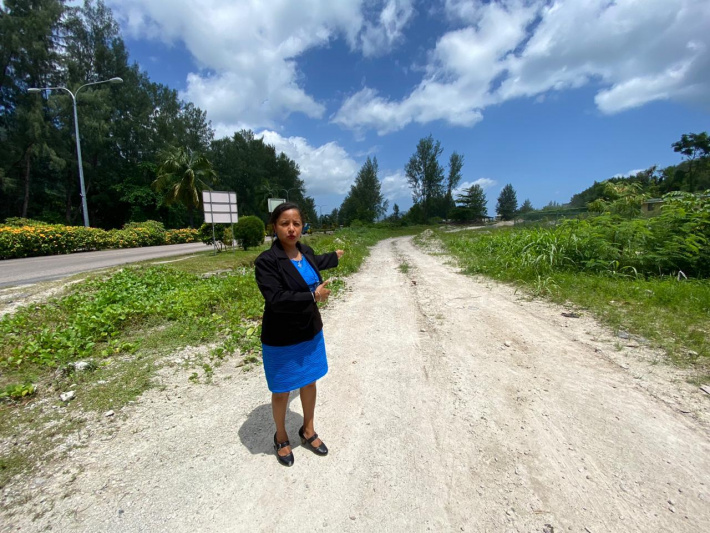 The Industrial Estates Authority (IEA) is ready to make the transition to an autonomous entity and is currently in the process of drafting amendments to its Parent Act with the Attorney General’s Office, to be tabled before the cabinet and National Assembly in the coming weeks.

The transition, which is expected to take effect by June or July this year, will mean the entity is no longer dependent on the government budget allocation and will have to generate its own funds, with the freedom to invest such funds and borrow from financial institutions if the need arises, explained IEA’s chief executive, Lucy Athanasius, yesterday as she provided members of the press with progress updates on the numerous projects being undertaken by the authority.

“I strongly believe that we can make money and get donations, provided we have our own accounts, to allow us to manage industrial estates as they should be managed. If we depend only on government, it is not fair on government if we can raise our own funds,” Ms Athanasius said.

With regard to the First Phase of the Eve Island infrastructure development project, Ms Athanasius noted that works are set to commence as soon as the Appeals Committee of the Procurement Oversight Unit (PSO) resolves an appeal relating to the tender for the project.

“Work on Eve Island was supposed to have started in September, but the tender which was awarded has since been appealed and until today, it is going through the necessary procedures which caused a delay in the development of the island. We continue to maintain that once the infrastructure development commences, halfway through, tenders for land development will be launched. This means this is a project which is ongoing and we are awaiting the appeals committee to give its decision as to who it will award the contract for basic infrastructure for the island, so we can launch the tender process for land allocation,” she explained.

The tender was won by a contractor from Mahé and is being disputed by contractors from Praslin according to Ms Athanasius, who clarified that the tender was awarded in August 2019 with work due to start in September 2019, to a contractor based on Mahé for the simple reason that the proposed cost is closer to the estimated cost for the project, as compared to contractors from Praslin who proposed costs “way above the estimate”.

Of the infrastructure to be developed under the contract which is being disputed are roads, sewage facilities, utilities and telecommunication services. As compared to the past, IEA is ensuring basic amenities are available prior to land allocation, to avoid problems encountered at the Providence Industrial Estate (PIE), whereby tenants have been left unable to develop land and experienced difficulties and extra financial burden in constructing facilities.

“We want things to be convenient for businesses to be able to develop and grow without issues,” she added.

The tender for land allocation will be launched halfway through the infrastructure development project, and will be publicly advertised in national media. The qualifying criteria will also be communicated to the public and applicants must submit certain documents including, expression of interest, project plan or proposal to be considered by an Evaluation Committee who will decide as per the Point Allocation for industrial land, which was approved last year.

“We want to follow this (the point system) to make it transparent so an applicant knows why they were allocated a plot or why they did not. We will provide details on the criteria and also proof of financing is important when we launch the call, because, sometimes plots have been allocated but remain undeveloped because they lack the financing to do so.”

The Providence Extension Project which opened recently is dedicated to Class 2 contractor companies, with an additional six plots for marine-related activities.

As per the recently approved Individual Reclamation Project policy, IEA, with the Ministry of Habitat, Infrastructure and Land Transport (MHILT), will be embarking on a pilot project to make available 10 plots measuring from 1500 to 2000 square metres to be made available to applicants who are not already tenants of industrial land nor own any shares in business organisations operating on IEA land, to reclaim based on the boundaries earmarked by MHILT. The tender process for the project is expected to be launched towards the end of the month.

CEO Athanasius seems satisfied with the work completed thus far noting the completion of works on water pipes, while work is underway to install electricity and telecommunications services.

“People must have seen that we have introduced double yellow lines from GS Pillay to P&J Supplies, to facilitate the exit lanes. We are urging people not to park there anymore. Unfortunately, despite the publicity, people still park along the side of the road, blocking the lane. While we are working with the Police, we understand that they have a lot on their plate right now and we do not have the capacity to monitor the situation but we are urging the public not to park along the double yellow lines, to ensure the two-lane exit,” CEO Athanasius asserted.

IEA is working on alternative parking spaces for PIE visitors and is also working with the traffic department of the Seychelles Police Force to have a posting at Providence and take action against contraveners.

In a bid to further ease the flow of traffic, IEA is also negotiating for speed bumps to be introduced along the stretch of road from Victoria into Providence, noting the tendency for motorists to speed along the road, increasing the risk of accidents.

As it struggles to keep up with demand for industrial land, IEA is in the process of negotiating with MHILT for more industrial land to be made available on Perseverance, to assist its urgent case load.

“We hope to be able to assist more people soon and to have more land available for industries. A lot of times, people think the IEA does not do much, but I wish to clarify that land is very limited and we too have to request land through MHILT, when there is a space that is convenient for industrial purposes. We do not have technicians in-house and we rely on assistance from MHILT, who are also trying to cooperate despite their heavy workload, but they take time to assist us. We lack the staffing we would like to be able to do everything ourselves. And we ask tenants and prospective applicants to be patient as a lot is not in our hands and we too need assistance from other stakeholders,” Ms Athanasius explained.

IEA has completed works on concept drawings and budget estimates for 21 enterprise centres across Mahé, Praslin and La Digue, under the ‘One District One Project’ and is now sourcing funding to realise the projects. The project was approved by cabinet last year and it was decided that each centre would cater to the need of the respective district and based on the land available in that district, therefore requiring different project concepts.

Members of the National Assembly and district administrators were among the stakeholders consulted in drawing up the concepts. Enterprise centres will feature different units, allowing people who want to provide a service to their community to do so, while also accommodating some businesses which are currently operating in residential areas, including car shops and mechanics who often face removal on account that the chemicals used is hazardous to neighbours and nearby residents.

IEA currently manages about 1000 industrial plots of land, 80 percent of which is already under lease, with a standard lease period of 60 years. The remaining 20 percent will be allocated following the completion of infrastructure development on those plots.

As announced by President Danny Faure during the 2018 State-of-the-nation address an additional 400,000 m2 of industrial land is to be reclaimed to assist industries.

As it strives to be more transparent and accountable, IEA’s focus is on making well-planned allocations, and not like the past when activities were scattered.

“Industrial estates should be organised and orderly for convenience,” CEO Athanasius emphasised.

The authority also, at the beginning of the year, closed their office for a lease area management survey of the different plots under its management. The activity comprised site visits, information gathering and analysing the data gathered against data on file in a bid to find out if the plots are indeed being used for its permitted use. This activity is expected to be useful towards the reviewing of its lease agreements, which are being “tightened”, CEO Athanasius said, not with the intention to punish but rather to ensure that tenants use the land as per the agreement.

The accompanying photographs show some highlights of a site visit on Zone 20. 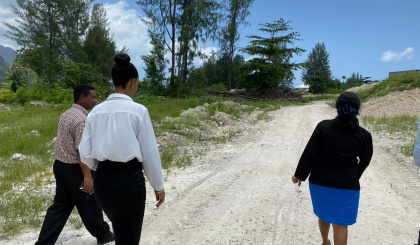