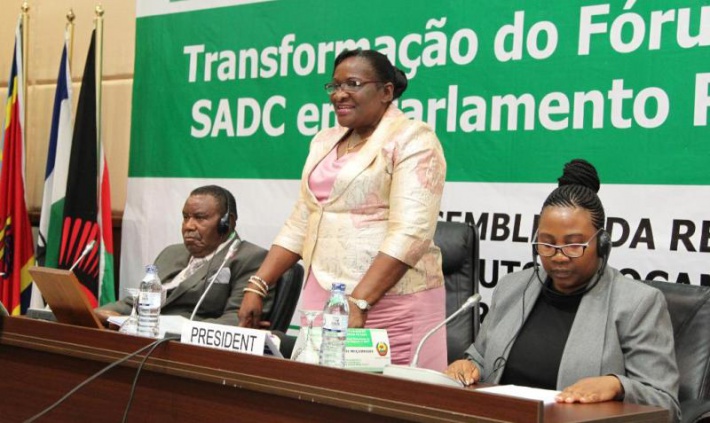 The two lawmakers were elected at the end of the 44th Plenary Assembly Session of the Southern African Development Community Parliamentary Forum (SADC PF) which the National Assembly of Mozambique hosted.

They will serve the forum for two years having taken over from the Speaker of the National Assembly of Angola, Fernando da Piedade Dias Dos Santos and Senator Monica Mutsvangwa of Zimbabwe who served as president and vice-president of the forum from 2016 to 2018.

Honourable Dos Santos and his executive committee are credited for achieving to put the issue of the transformation of the SADC PF into SADC Regional Parliament on the agenda of the 38th SADC Summit for Heads of State and Government.

In a major breakthrough, the summit warmed up to the idea of transforming the forum and accepted it in principle before referring the issue to national parliaments for further discussion with a clear time-line.

The challenge for the new leaders would be to build on the momentum created by their predecessors. It seems they have hit the ground running.

The new SADC PF president Veronica Nataniel Macamo Dlhovo said immediately after her election that she would convene an urgent meeting to discuss how the good work done under the previous executive committee can be taken forward.

Another priority for the new leadership would be to help operationalise the SADC PF’s 2019/2023 strategic plan.

The 44th plenary adopted a motion calling on the forum to allow five members of the previous executive committee to continue serving in the current one, albeit without voting powers. The idea is to maintain momentum, enable continuity and preserve institutional memory.