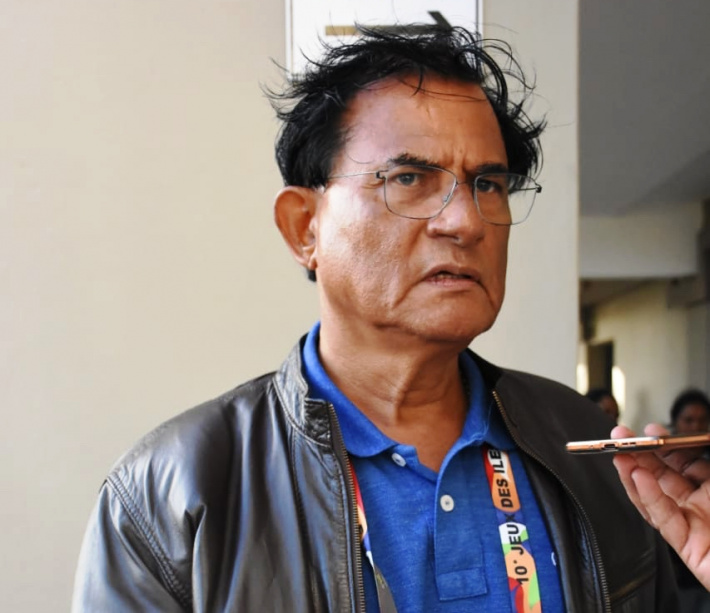 Mixed feelings on the postponement of the 2020 Summer Olympic Games

Following the announcement of the rescheduling of the 2020 Summer Olympic Games, scheduled to open in Tokyo on July 24, due to the present COVID-19 pandemic, there are mixed feelings from the athletes, local Olympic boss Antonio Gopal has said.

In the present circumstances and based on the information provided by the World Health Organisation (WHO), International Olympic Committee (IOC) president Thomas Bach and the Prime Minister of Japan, Shinzo Abe, have concluded that the Games of the XXXII Olympiad in Tokyo must be rescheduled to a date beyond 2020 but not later than summer 2021, to safeguard the health of the athletes, everybody involved in the Olympic Games and the international community.

The president of the Seychelles Olympic and Commonwealth Games Association (Socga), Antonio Gopal, noted that the announcement has brought mixed feelings from athletes all over the world.

He explained that those who were almost ready are frustrated due to all the efforts and sacrifices made, while those who were still in the preparation process have welcomed the news differently.

Mr Gopal further added that the delay will also provide more athletes with the chance to qualify for the Games.

So far, Laser specialist Rodney Govinden is the only Seychellois athlete to have qualified for the Games after winning the Laser gold medal at the 2019 African Championship RSX and Laser Championship.

Govinden, who was at the VianaSailing in Viana do Castelo, Portugal attending a training camp in preparation for the Games, left yesterday to return home and he is expected here tomorrow.

Speaking to Sports NATION, the reigning Sportsman of the Year said that based on the current situation, he feels that the postponement is the best option as safeguarding the health of the athletes is the most important thing.

“I will need to change my plans and try to adapt as much as possible,” he added.

“On the bright side, a postponement means more time to prepare and get better,” further added Govinden who noted that he was training on a daily basis as planned, while the decision to come home was only taken when he heard about the postponement.

The games will be rescheduled to 2021, according to Japanese Prime Minister Shinzo Abe.

It is the first time in their 124-year modern history that the Olympics have been moved or delayed during peacetime.

The IOC and Tokyo Games organisers were under mounting pressure to postpone the games this year, but they had long insisted that the games would go ahead as planned.

Canada and Australia said they would not attend the Tokyo Games if they went ahead as scheduled this year, while the United Kingdom and United States have signalled a desire for a delay.

The 1920 Summer Olympics were held in Antwerp, Belgium, from April to September at the tail end of the 1918 influenza pandemic.

The 2016 Summer Olympics were held in Rio de Janeiro, Brazil, despite the outbreak of the mosquito-borne Zika virus.

Unlike the Zika virus, however, the coronavirus that causes COVID-19 can be easily transmitted between humans.

The financial impact of today’s decision is unknown. By some estimates, Japan had invested between US $32 billion and US $41 billion to build competition venues and expanded hotel capacity.