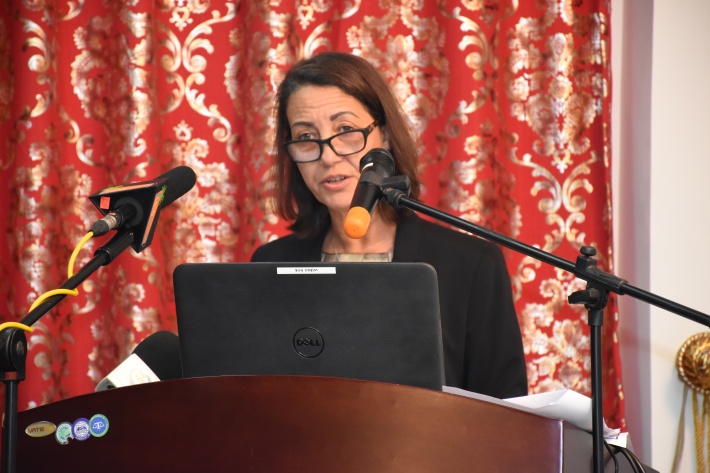 It is not often that judges, lawyers, legislators, the chief justice, the ombudsman, the attorney general, members of various commissions in the country and the general public can be found assembled in one room.

But, on Monday evening, all of the above persons participated in a public symposium organised by the judiciary to celebrate Constitution Day, celebrated on June 18.

The symposium entitled ‘Constitutionally Speaking: Judicial impartiality, without fear or favour’ was held at the Palais de Justice auditorium and saw a decent turnout.

Chief Justice Mathilda Twomey, who kicked off the more than two-hour long symposium, noted that judiciary impartiality is a fundamental element to democracy and should be discussed.

She stated that litigants who appear before a judge must be reassured of his or her impartiality, and that the judiciary has been given an important responsibility and therefore much is expected from it.

CJ Twomey added that the Constitution of Seychelles provides judges with secured tenures, appropriate appointments of judges and the prevention of the conditions of remunerations— provisions which, in parts, protect the impartiality of a judge.

“However these provisions are often open to general interpretations and when the judiciary seeks to stand up against this, they are accused of being motivated by greed and/or arrogance; this is not the case. These safe-guards are designed to protect the system and not the individual, and the system is in turn designed to protect the individual,” she noted.

This was followed by a number of speakers who each provided their own perspectives to the discussion.

While Honourable Georges spoke of the legislature and balancing the three arms of state, Justice Renaud, recently appointed as chair of the human rights commission, added a human rights perspective to the discussions.

On his part, Judge Govinden remarked that there is a great need for the public to be made aware of the judiciary’s internal code of conduct for judges, so that they can understand elements that can affect a judge’s impartiality.

For instance, judges cannot hear and pass judgments on cases in which they have a direct interest in or that their family members, friends and or other parties connected to them have an interest in.

He noted that litigants can request that the judge be removed in such a situation although he advised caution because such a system can also abused.

“If a judge is not being impartial then he is also breaking his code of conduct. And this is why I am of the opinion that this code of conduct should be well publicised so that those outside of the court can know that judges have rules set out internally.”

According to Judge Govinden, the greatest deterrence to injustice is having the public and the media involved in the happenings of the judiciary.

“Let the mechanisms already in place in the society such as the media scrutinise what the judges are doing. The media should discuss and present these facts objectively so that the public can make up their minds on if the judges are being impartial. The court must also be accessible; people must be able to come into court to see how the judges are making their judgments.”

Mr Divino talked on the semantics between judges and lawyers and how these can sometimes impact on a judge’s impartiality.

He noted that the Bar Association of Seychelles has been lobbying for an alternate, independent body to discipline lawyers since it is the judiciary that currently does so.

This, he noted, would not only improve on the ability for a judge to be impartial but will reduce the negative perception of judges.

Meanwhile the attorney general explained that the executive branch of government can, at times, become a major threat to judicial impartiality.

“In most countries around the world, it is generally accepted that the executive is a threat to the independence of the judiciary. But I am not stating that the executive is currently a threat to the judiciary but rather that it can be. This is because it is the president, for instance, who appoints a judge. Hence a judge who is appointed could see this as a privilege or as a favour done to him, which should not be the case.”

He pointed out that this can be better seen in the re-appointment of expatriate judges, who have a tenure of only seven years as opposed to Seychellois judges who are considered thus until their retirement.

“Therefore re-appointment of an expatriate judge could be used as a weapon to undermine the impartiality of a judge who depends on this re-appointment,” Mr Ally stated.

The symposium concluded with a question and answer session. 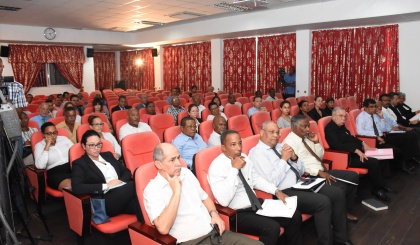