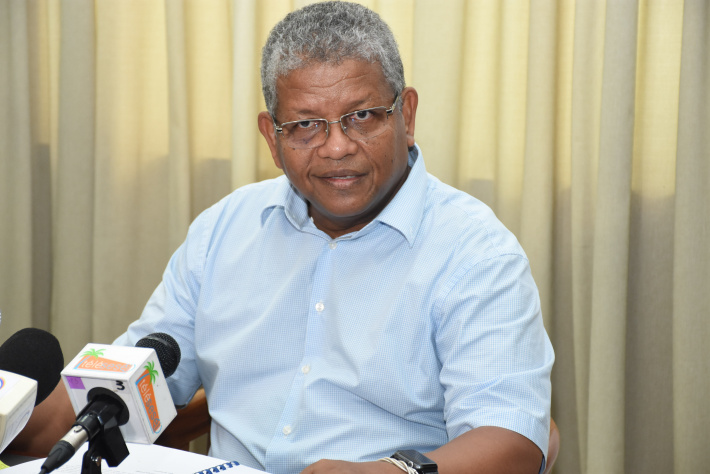 The search conducted on the leader of the opposition in the National Assembly and the presidential candidate of the Linyon Demokratik Seselwa (LDS), Wavel Ramkalawan, upon his return to Seychelles from an official trip in South Africa, has been ruled as unlawful.

Upon his return Mr Ramkalawan’s luggage was searched by officials of the Anti-Narcotics Bureau (ANB), while his diplomatic passport was taken away to be verified and scanned.

Following the incident, which took place on February 8, 2020 at the international airport, President, Danny Faure appointed a commission led by Justice Fiona Robinson to investigate a complaint filed by Mr Ramkalawan himself.

Mr Ramkalawan noted that the search was planned, malicious and intended to smear his image, while his rights were violated since no reason whatsoever was given to why he was stopped to be searched.

He also stated that his driver later informed him that he had earlier received a tip-off regarding the search.

To deal with the case, the Commission of Inquiry adopted a multifaceted approach for making its inquiries, analysis and findings as well as recommendations concerning the incident.

In its primary findings, the Commission agreed that the ANB officer in question did not satisfy the test of reasonable grounds for suspicion before he searched the luggage of Mr Ramkalawan; consequently, the search on Mr Ramkalawan was unlawful.

In the light of the Commission’s finding that the ANB officer did not satisfy the test of reasonable grounds for suspicion before he searched Mr Ramkalawan, Justice Robinson made an order that all information including the scanned passport copy of the relevant pages of the diplomatic passport of Mr Ramkalawan, being stored on the data base of the Police Force, pertaining to the unlawful search of his luggage, in the evening of February 8, 2020, be forthwith permanently expunged from the database of the Police Force.

She further ordered that the Commissioner of Police, Kishnan Labonte, shall inform or cause to inform Mr Ramkalawan in writing that the order of the Commission has been complied with.

Justice Robinson also added that at present, there is a worrisome situation, while powers of stop and search without first making an arrest must be used justly, dutifully, responsibly with respect to the relevant fundamental rights and freedoms of persons being searched.

She advised ANB officers to discharge their duties and perform their functions in regard to the law.

In a press conference yesterday to give his reaction on the Commission’s report, Mr Ramkalawan thanked Justice Robinson for her good work, especially in gathering evidence from all sides.

He noted that he is very satisfied with the way Justice Robinson stressed on section 25 (1) (a) of the Misuse of Drugs Act 2016 which was clearly violated in the given circumstance, while being endorsed by the Commissioners of Police and his deputy.

With ‘respect for the law’ being a key element of his political work, Mr Ramkalawan noted that the findings of the Commission is another step in maintaining the rule of law.

He explained that while the police force has the power to act under the law, it should act accordingly with the knowledge that citizens also have rights under the Constitution.

As for the officer in question, Mr Ramkalawan sincerely said no disciplinary actions should be taken against him, since the former was performing his duty based on his knowledge, while the police force should take all the blame since it is its duty to properly train members of the force according to the country’s existing laws.

One Seychelles reacts to statements made by President Danny Faure in his televised address to the Nation | 25.03.2020