Seychelles national team coach Ralph Jean-Louis’ contract has been put on hold indefinitely as a result of mutual consent between the Seychelles Football Federation and the national team technical team.

Last month, Ralph Jean-Louis was appointed national team head coach for the third time in the last 10 years and signed a three-year contract with the Seychelles Football Federation (SFF) up to the 11th Indian Ocean Islands Games in Maldives in 2023.

However, the two parties have agreed to put this contract on hold due to the coronavirus pandemic which has halted all sporting activities and Sports NATION spoke to both coach Jean-Louis and SFF chief executive Georges Bibi on this agreement during these difficult times.

“We were just in the process to meet up with the squad of 24 players who were part of our pre-selection as we were going to prepare for the Council of Southern Africa Football Association (Cosafa) Cup scheduled for June but since all footballing activities have been halted on the advice of the department of health we cannot do anything about the present situation. So, after discussion we agreed to put my contract on hold until it will be safe to resume,” coach Jean-Louis told Sports NATION as he also accepted with his coaching staff that they will not be receiving any allowances from the federation for the time being until everything returns to normal.

Jean-Louis added that this break in football came at an inopportune time as they had also made provision to call up a nursery squad comprising young and potential players for the B selection that would have begun training at the end of March with the aim of grooming them for the senior national team.

“At the moment, the safety and health of the players is a priority and it is important for everyone to follow the advice of the department of health, but nonetheless the players and club coaches should be communicating to ensure that players are engaging in individual training for at least 15 minutes every day so that they keep active though they will need a couple of weeks to get back to full fitness when they are allowed back to full training with their teammates,” advised coach Jean-Louis.

As for SFF chief executive Bibi, he stated that coach Jean-Louis had a service contract and was normal procedure to put it on hold for the time being and he also said that they have established a long-term programme for the national team geared towards the next Indian Ocean Islands Games and had identified some competitions to take part in so as to provide the team with ample test matches.

“We have set our sight on winning the gold medal at the 2023 Indian Ocean Islands Games and therefore have in place a thorough programme so as to achieve our objective. We had started negotiations for friendly matches in different competitions especially in Asia such as in Singapore and Qatar where the level of football is a bit higher than in the region and we were also going to invite teams here for friendly matches and we wanted to explore other challenges rather than stick to the African continent and we had gathered momentum with our plan, but all has been held up as a result of the COVID-19 pandemic,” explained SFF chief executive Bibi.

Mr Bibi also stated that the federation wanted the team to start aiming higher at the Cosafa Cup as from next season rather than just be content to participate in the group stages, but not reaching the knockout stage.

The SFF made this bid after it entrusted the national team coach job to experienced coach Jean-Louis ahead of 10 other foreign coaches who had applied for this post which became vacant last August.

Coach Jean-Louis guided the Seychelles team to victory on home soil at the 8th Indian Ocean Islands Games in 2011. 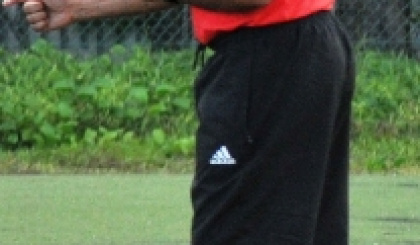 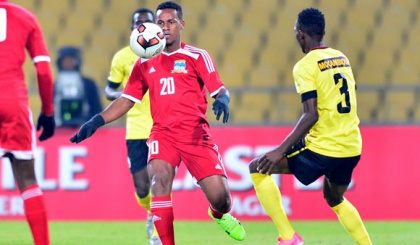 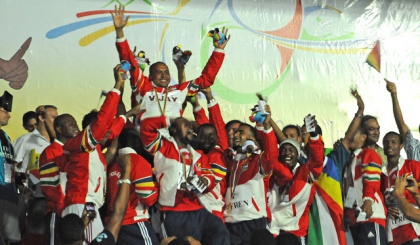