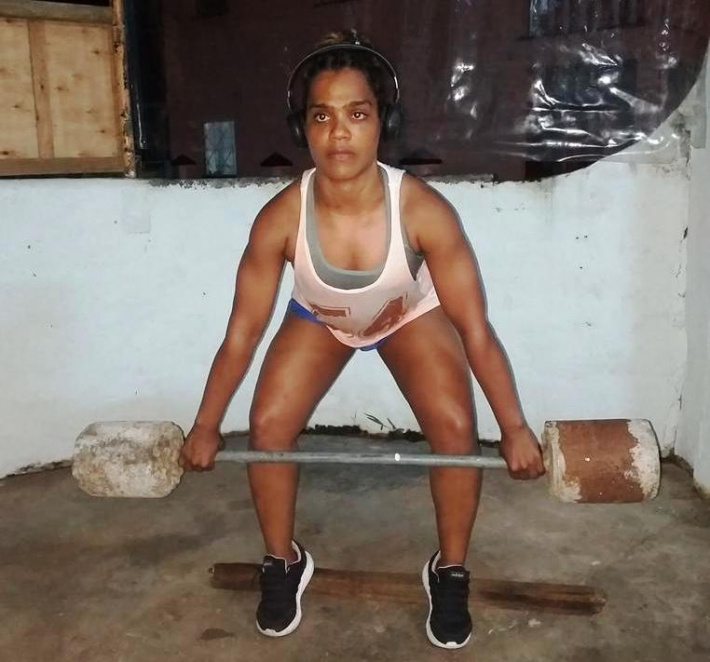 Will it be third time lucky for Agricole?

Female weightlifter Clementina Agricole is on a mission to gain qualification for the Summer Olympics next year in Tokyo, Japan after missing out on two previous occasions.

Speaking to Sports NATION after returning home late last month from her training camp in Mauritius, Agricole revealed her goal before she contemplates retiring.

“It is a fact that no lady weightlifter has taken part in the Olympics since Sophia Vandagne took part in 2000 in Sydney, Australia and I have had the disappointment of being overlooked on two occasions notably in 2012 when Terence Dixie was selected ahead of me and then again for Rio 2016, this time Rick Confiance was preferred. This is why I’m working hard to make it third time lucky by getting automatic qualification to achieve my dream as this is one of the only major games that I have yet to compete at before I start thinking of retiring,” 32-year-old Agricole told Sports NATION.

Agricole, as a result of bolstering her chances of reaching the world games, had moved to Mauritius to intensify her preparation where she said that things were going well until the coronavirus pandemic brought everything to an abrupt stop.

“I sought permission from my federation to travel to Mauritius in October when my personal coach Zaher Hamden had returned to France and I was all alone. They didn’t have any objection though they made it clear that they would not be able to assist me financially, but I decided to fund my own training where I linked up with the Allee Brillant Amateur Weightlifting and Powerlifting Sports Club which is owned by its trainer Jack Madanamoothoo, who was a former Mr Mauritius, and his son Anthony. They have both been of big help throughout this journey and have treated me like a family member and I would like to say a big thank you to the whole family for their hospitality,” said Agricole.

Agricole added that her training was going well as she geared up for the African Championships which were to be held last week from April 13-20 until they were called off due to the COVID-19 pandemic and later she had to be repatriated back home in late March and had to serve a two-week quarantine at the Berjaya Beau Vallon Bay hotel as per health guidelines and she had words of praise for the health workers who she said took very good care of them and as for the postponement, she was adamant it will work in her favour.

“The postponement of this qualification event may be a blessing in disguise for me as though my training had gone well physically, I was not entirely ready mentally which had been one of my weaknesses lately and so the delay will give me time to work on my psychological preparation and I hope to be in the best shape when the competition takes place in Mauritius later this year,” claimed the two-time Sportswoman of the Year.

The St Louis resident says that since her head injury some time ago, she needs more mental motivation and this may have been lacking at the Commonwealth Games in 2018 at the Gold Coast, in Australia where she pushed herself too much and got injured.

“I felt I had a good chance of winning at least a bronze medal when I looked at the ranking of the other competitors in the 63kg category as I was at my peak. But then I got an injury just before the games when I was training in Barbados but I thought if I just took things easy and with some treatment, I would be ready for the competition but unfortunately my shoulder did not hold to the weight and had to give up and missed out on a medal at the Commonwealth Games for the fourth time when I was so close to making the podium. This is a major disappointment,” reflects Agricole.

Since then Agricole has decided to bring down her weight category and was planning to compete in the 59kg category to go in search of Olympic qualification at the African Championships but said that it was not easy to lower her body weight.

“I must thank boxing coach Gerry Legras and my good friend Janet Georges who helped me a lot to lose weight but also maintain my strength over a couple of months where I had to make a lot of sacrifices but I think this weight category will bolster my chances of Olympic qualification,” explained Agricole.

At the moment, Agricole says that she is still maintaining her training at home as she is optimistic that things will improve soon so that she can get to the gym and maybe even return to Mauritius to complete her preparation.

“I think the coronavirus pandemic has made me realise that I must start investing in some weights that I can use at home but at the moment I am exercising on a daily basis at home and I try as much as possible to keep my body fit,” Agricole told Sports NATION.

The amiable sports lady who has overcome many obstacles in her quite successful career, also advised other sportsmen and women to stay positive and maintain their exercise regularly as things will return to normal in the coming months.

“I know that it is not easy for all sportsmen and women at the moment but it is our passion and therefore we must improvise at home to exercise and always bearing in mind that the situation can only get better in due course,” the Indian Ocean Islands Games champions stated. 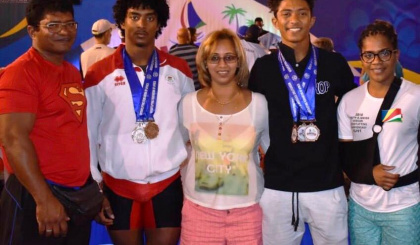 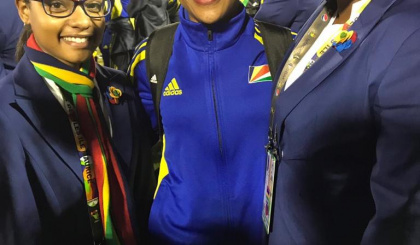