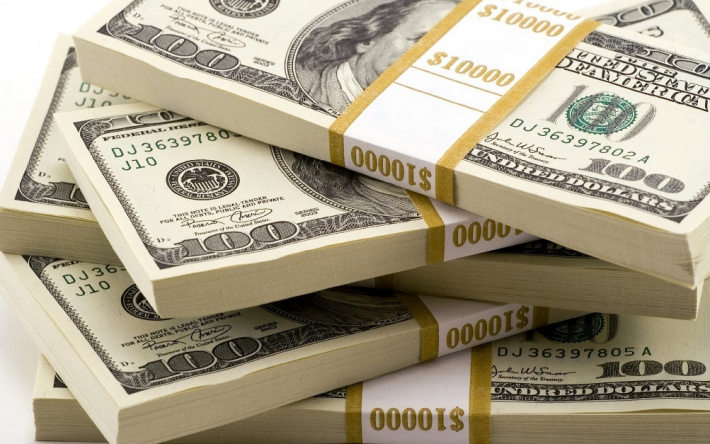 Motorists and other energy users had hardly started to benefit from the tumbling world oil prices only to find the US Dollar is now giving them a hard blow on the rebound. Across the world, fuel importing countries are facing further pressure from a rallying dollar with Seychelles no exception to the rule. The US currency hit a 3-year high two weeks ago and left countries in a very vulnerable territory with their currencies likely to weaken further against the green note.

In Seychelles, the equation is simple as the price the country pays its regular fuel imports has rocketed high since mid-April with a US dollar flirting at R17.75 at a point. Motor gasoline reached R16.47 last Monday, 71 cents up from the previous week and gasoil was tagged at R16.29. This is the direct consequence of the COVID-19 which caused a shut down in tourism and other forex earning activities with the country facing this daunting reality of a sharp drop in the value of the rupee.

Around the world, COVID-19 has prompted lockdowns, shuttering factories and stopped people from travelling. The global economy is contracting and already showing signs of depression never experienced.  Emerging countries and small states which have to import their fuel are now compelled to support important outflows of their US Dollar reserves when no revenue in the same currency is being registered. South Africa, Turkey, Brazil and India are among those very badly hit and are drilling their US Dollar reserves out of their central bank’s coffers to pay fuel bills. The low crude oil prices are therefore being offset by a surging US currency.

Seychelles is no exception

Seychelles is not spared by this forex crisis as it is heavily dependent on its tourism industry and some exports which brings in the much-needed US Dollar. The primary reason the value of the dollar influences commodity prices is that the dollar is the benchmark pricing mechanism for most imports such as fuel.

The recent 25% increase in the parity of the US Dollar to the Seychelles rupee is the one and only reason for the rise of fuel products at the pump this week. With the government taxes of R8.58 and the commercial margins R2.75 remaining firmly constant, only the landed costs of the products are fluctuating so negatively. As per figures received by Seychelles NATION on the recent imports of the national petroleum company, Seypec, it is crystal clear that the US Dollar rate has pushed the pump prices higher last week and is threatening to do so in the coming weeks if it maintains its ascending slope.

“Had the US Dollar remained at its R14.22 level of the past previous weeks, Seypec would still fix its motor gas price tag at around the mid fifteen rupees,” Sarah Romain, Seypec’s general manager, commercial states. “Unfortunately and sadly so, we have been compelled to adjust our prices to accommodate with a stronger dollar with which we settle our imports.The rupee dropped 25 percent against the dollar the last three weeks and it is only last Monday that we have increased the prices at the pump, as payment of USD 3.7 million was made on April 22, 2020 at the higher rate of R17.82 per USD.”

Indeed, a simple layman reasoning will show that a weaker rupee is quickly and harshly wiping off gains that could have translated into a further reduction in prices of fuel products due to the fall of crude oil on the international market. But the US currency rate against the rupee is deciding otherwise. There is no doubt that there has been a very sharp decline in the economy with a marked fall in activity amid restrictions and lockdowns.

In response to the sharp reduction in activity, government has taken very aggressive actions to help the national economy and initiated major support packages across all the different sectors. But when no production is occurring and no services are being offered like in all our forex-driven activities, it is evident that the rupee is the first to suffer. While spending on essential commodities like fuel products must continue on one side, there is a drought of income in forex on the other side with the national currency bound to weaken.

In its quest to understand the fundamentals of the Seypec’s import price mechanism, Seychelles NATION has learned that the national company does not settle its purchases up front when it takes a consignment from the supplier’s customs-bonded stock. Actually, it sells the products on the local market and only pays the supplier after 30 days.

This credit facility is so important and mostly beneficial under normal circumstances as it saves Seypec millions by not contracting any overdraft or short term borrowings to pay upon delivery.

“But in such dramatic and unprecedented times like the one we are witnessing, the rebound effect is that from the time the product is being purchased and the time it is being completely sold at the pumps, the dollar can make such a surge as we know presently, that our company is obliged to adjust its prices. As an example:  for a stock of 1000MT with a value of R14,220.00 of motor gasoline (with a dollar at R14.22) Seypec would actually have to disburse R17,820.00 or more at the end of the 30 days’ credit period as the dollar continues to move upward,” Mrs Romain observes.

Another area for a good understanding of the price determination of fuel products in Seychelles is that Seypec does not actually buy crude oil but rather refined products which have different rates and fluctuations. The supplier sends in a tanker almost monthly and stores product in tanks that they lease out from Seypec. A schedule of monthly purchases is planned months ahead with pricing dates already agreed by the supplier.  There is normally a two to three weeks’ time lag between pricing of the cargo and the time the cargo is used by Seypec so that logistics are in place and pricing is known before the product is sold.

What is the outlook?

Despite the slight adjustment of the motor gasoline last week, the selling rate in the country has never been so low in years. As the Central Bank of Seychelles is busy trying to find means to reduce the adverse fluctuation of the US dollar to the rupee and Seypec always breaking the best deals with its supplier coupled with its ever sound overall management, it is hoped that users will continue to benefit from affordable fuel prices in Seychelles. Hopefully, with the expected economic recovery after the end of the lockdown, the dollar will gradually return to more realistic rates thus prompting more stability in import prices like fuel products in Seychelles. 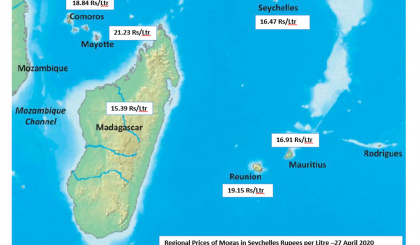 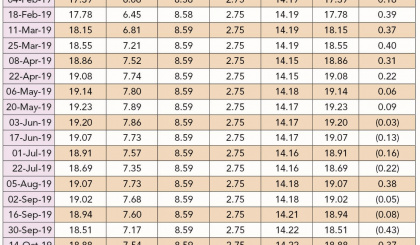 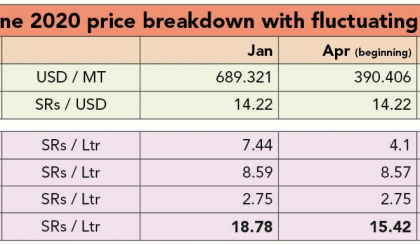