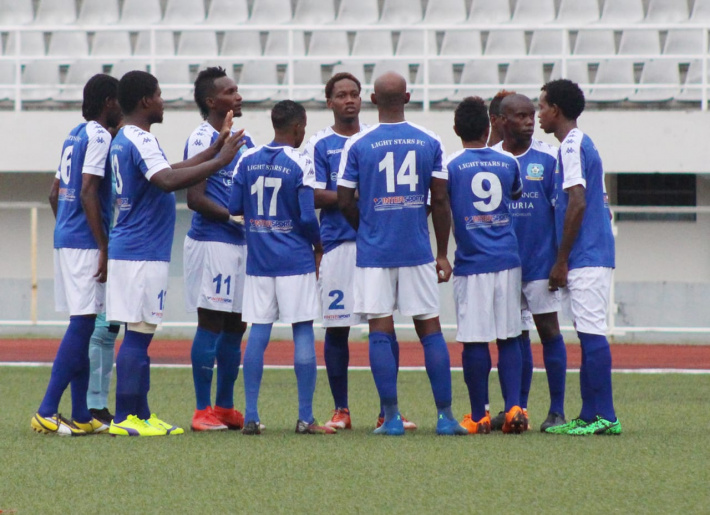 Praslin football side LightStars are eager to get back in training after the long break as a result of the lockdown due to the coronavirus pandemic.

According to coach Ted Esther, it would be good for the morale of the players and coaching staff to get back in training in preparation for the return of football in the coming months.

“Psychologically a return to sports would help everyone and my players are eager to get back on the pitch but as for myself, I have mixed feelings about a restart especially when I weigh all the possibilities.

“On one hand, it will be nice to complete the league season but when one takes into account the problems of lack of sponsorship as a result of the economic meltdown which will affect the finance of clubs, I wonder if it doesn’t make more sense to start afresh next season. But then again this would be a disadvantage to the teams who are vying for the league crown,” reflected the coach of the year 2019.

Nonetheless, the LightStars head coach says that his team have a lot to aim for in the league and where they are also still in the running in the SFF Cup though they have been handed a tough draw where they have been pitted against Premier League rivals La Passe of La Digue.

“We are placed fifth at the moment in the league but with four home games, we are capable of securing at least a runner-up berth in the SeyPearl Premier League, so we are therefore aiming for another good season despite relinquishing the Airtel Cup this season. I am very happy with my current squad where we have a very good group of young players who can achieve great things if we stay together for the next four years,” noted coach Esther who won the Airtel Cup last year in his first season with this Praslin club.

Nonetheless coach Esther warned that it will require sometime before the players are ready to get back in action after such a long layoff of over two months during the COVID-19 health movement restrictions.

“We will need six weeks for a good preparation after being inactive for two months and it will not be possible to get back any match practice during this period, so we have to be careful about how we restart,” remarked the former La Passe, St Louis and Seychelles national team defender who is also the former coach of Anse Reunion.

Interview with NSC chief executive Jean Larue about the future of sports in Seychelles | 25.05.2020