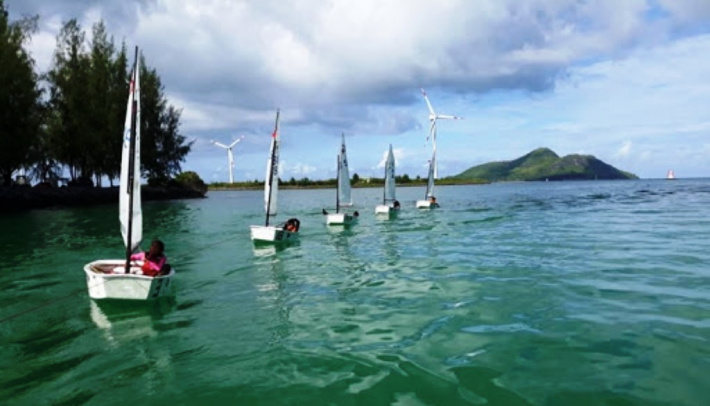 ‘Our local season will not be affected,’ chairman Alcindor claims

Seychelles Yachting Association chairman Alain Alcindor has told Sports NATION that the local season will not be affected by the delay in the start of sports season due to the coronavirus pandemic which forced sports activities to be suspended since mid-March.

In an interview with Sports NATION, Mr Alcindor said he plans to get the watersports season going locally in a month’s time as planned with a slight delay.

“Normally we start our season in early June during the south east trade winds season when we have strong winds. This year we will resume competitions at the end of June though we can still catch up with our different races and we plan to race every fortnight and when there will be no races on the Saturdays, we will use it for training as we had agreed since last season with our members,” revealed the chairman of the Seychelles Yachting Association (SYA).

Mr Alcindor added that it appears that the trade winds season, when there are strong winds which makes it ideal for sailing, has started earlier in mid-May but he doesn’t think it will affect their scheduled competitions as they have the possibility of rescheduling races in the time allocated for training if any race is cancelled due to lack of wind.

However, Mr Alcindor, who is also the secretary general of the Seychelles Olympic and Commonwealth Games Association (Socga) has admitted that it will be hard for them to benefit from sponsorship from their wide range of partners during this economic crisis, but he feels they will be able to cope with this situation for the season.

“It is obvious that we will not be able to count on our faithful partners but we will bear with them as they have been loyal to our sport over the years. So we will make do with the grant the association receives from the National Sports Council (NSC) for the 2020 season. We will still retain their names for the different categories where they used to sponsor though we are hopeful that things will improve next year so that we will continue to benefit from our reliable sponsors,” explained Alcindor.

Mr Alcindor also spoke of the ban on international competitions for the foreseeable future and he said that although it is understandable it is unfortunate as they were looking forward to the regional championship in August.

“Our athletes were looking forward for the country to host this championship this year as we had invited Maldives who will host the next Indian Ocean Islands Games in 2023 as well as Madagascar but we hope we will retain our rights to host this event next year. We had also hoped to participate in the African Optimist Championship which we hosted last season and which was to take place in September in Tunisia. The organisers are yet to postpone this competition but for us we know that it will not be possible to organise this competition let alone the difficulty for African teams to get sponsorship if it is organised even in November. In our case, we are not concerned as our Optimist sailors will still be able to compete next year as they will be in the age group,” explained the SYA chairman.

As for local competition, Mr Alcindor said they are doubtful if the Regatta sea festival this year will be held due to the COVID-19 pandemic and its effect on maintaining social distancing and the need to avoid large group gathering.

“We will have our regular competition and for the last two years we have organised the Regatta races earlier at the Victoria Harbour due to certain logistics and then present the prizes during the Regatta water festival. But the issue with the Regatta period which does not favour our sport because it happens in late September, we have problems with the change in weather with winds which are not strong enough for sailing. Nonetheless, we will keep the Regatta races on our calendar of events and wait to see if this event will be held this year though we have our doubts and will keep our fingers crossed,” stated Mr Alcindor to Sports NATION

Target for the season

In conclusion, chairman Alcindor said that they are expecting to have another good season despite the ongoing fear of the coronavirus among sportsmen.

“We definitely expect another interesting season where we will see a lot of sailors in the Laser category after they completed their time in the Optimist category. We also aim to focus more on windsurfing and kitesurfing on Praslin and encourage more sailors in these races,” Mr Alcindor told Sports NATION.

Last year, watersports excelled as Laser standard sailor Rodney Govinden was voted Sportsman of the Year for the second time after he won the gold medal at the African Championships in Morocco and qualified for the 2020 Olympic Game in Tokyo, Japan.

Interview with NSC chief executive Jean Larue about the future of sports in Seychelles | 25.05.2020