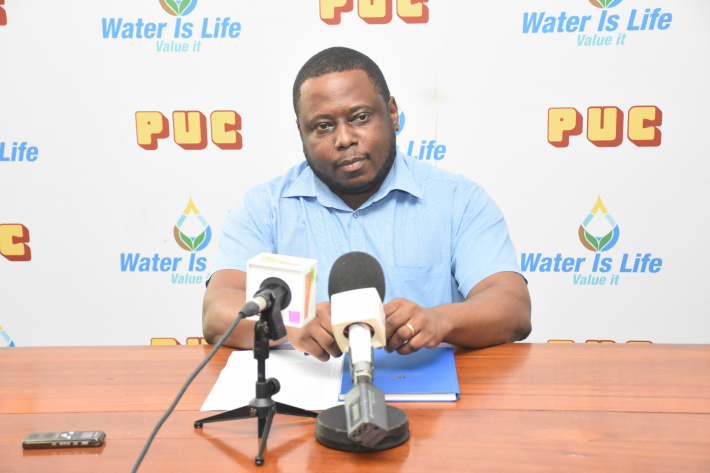 Consumers have been expressing concerns over the sudden increase mostly in their electricity bills for the month of May and yesterday afternoon the PUC met the local press to clarify that there has been no increase in utility tariffs last month but instead a 28 cents reduction which has been passed on to consumers.

It was at the PUC’s head office at Electricity House that the corporation’s chief commercial officer, Michel Zialor, detailed the spike that has taken many consumers by surprise some of whom say their electricity bills have doubled while others have seen their’s almost tripled.

But what has really caused the sudden increase particularly in the May electricity bills?

Mr Zialor explained that during the month of April the PUC’s meter readers did not go out to households to take meter readings because of the COVID-19 restrictions to protect both its employees and consumers so utility consumptions for last month were estimated.

“But when the meter readers are going out to take meter readings for the month of May they are observing that for the majority of consumers there has been a remarkable increase mostly in their electricity consumption especially during the time that most people were at home under the COVID-19 restrictions on movement,” Mr Zialor explained.

He went on to stress that the only possible estimate would be that of households which are not accessible to the PUC’s meter readers but this would not relate to the increases that some consumers are complaining about as the PUC only charges consumers as per their meter readings.

He said during the restriction period family members were at home and school children were also at home long before workers were asked to stay at home and they may have used more electricity in many ways without them realising it.

He pointed out that if the consumers verify their meters and compare the amount of units they have used to the number of rupees being charged as shown on their bills, they would be able to ascertain if the amount being charged has been correctly calculated.

Meanwhile Mr Zialor is calling on those consumers who still feel they need further clarifications from the PUC, to seek further explanations from the corporation’s consumer service officers at its different offices at Maison Malavois and Victoria during working hours between 8.15am and 4pm.

But Mr Zialor is advising consumers who have access to emails to use this means of communication and the PUC’s address is customerservices@puc.sc as well as the corporation’s customer portal for those consumers already registered which was launched late last year to send their queries to avoid long queues in line with the physical distancing guidelines.

Meanwhile Mr Zialor has reminded consumers that they still have 30 days to settle their utility bills and any consumers who are facing financial difficulties should inform the PUC or they can seek support through other agencies.