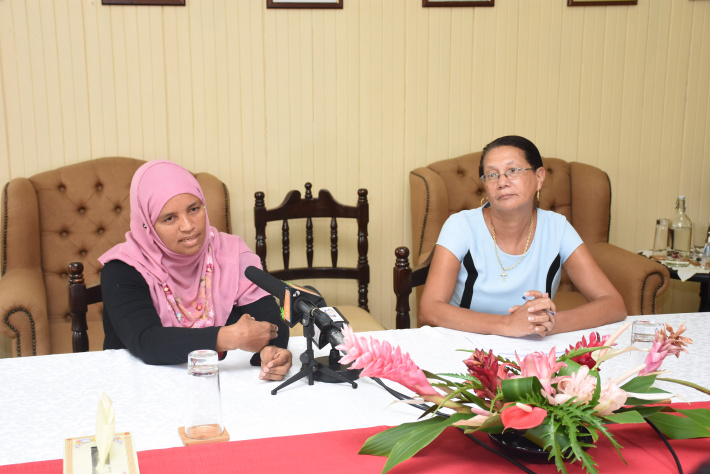 “The first week of school went smoothly even though there were a few bumps in the road,” says the principal secretary (PS) for early childhood, primary and secondary education, Dr Odile De Comarmond, in a press interview yesterday afternoon conducted at the Ministry of Education and Human Resource Development conference room.

The PS was joined by Heidi Francourt, the head teacher of the School for the Exceptional Child who talked about the reopening of the school this coming Monday.

“As expected, not everything went according to plan, some of the small challenges we encountered was the long queues that formed while students waited for their temperature to be read,” said PS De Comarmond.

She added that in many schools parents were frustrated about not being able to accompany their children inside the school.

Other challenges she noted included not being able to control students during their break time as well as the heavy rain on Monday that caused the screening to move inside.

“After the first day we met with school managements and our team to discuss what we could improve on and the following day we visited the same schools which experienced some challenges on Monday and we saw that the situation had improved significantly,” said the PS.

She added that the Ministry of Education has been given more thermometers by the department of health in order for some schools to speed up the screening process.

The principal secretary also told the media that they have approached the Anse Boileau police station to manage the traffic at the school during the morning in order to avoid congestion.

“We are also encouraging parents not to accompany their child inside of the school this coming week as this will make the queues longer and the staff will take longer to conduct the screening,” the PS said.

Dr De Comarmond also noted only parents with kids in crèche will be allowed to accompany their child to the screening point as they cannot answer for themselves.

The PS commented that in general the first week went smoothly as schools gradually improved and got into the rhythm.

Regarding the reopening of the School for the Exceptional Child, PS De Comarmond noted that on Wednesday they met with teachers and staff of the school and yesterday with parents and during those two meetings they have noted many suggestions and have applied it to the school.

The PS stated that they made many improvements to the school that would have been a challenge on good hygiene practice.

“We have put in place a strategy to make sure that security of children are not compromised,” said PS De Comarmond.

The school currently has 80 plus students ranging from 3 to 15 years old.

Like every other school, the headteacher noted that they have cleaned the school extensively as well as providing the necessary to keep good hygiene.

Ms Francourt also noted it is important that parents accompany their child to the bus stop in order for them to account for their child’s health.

The school has also reduced the number of students allowed in the dining hall and the head teacher noted that younger kids will take their break and lunch in their classroom.

“Another step that we will be taking will be starting the school at 9am instead of eight and will finish at 2pm,” said Ms Francourt. 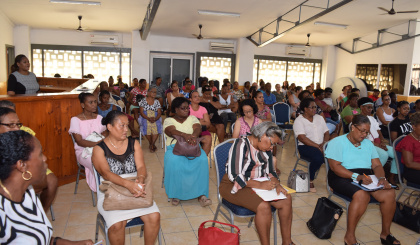 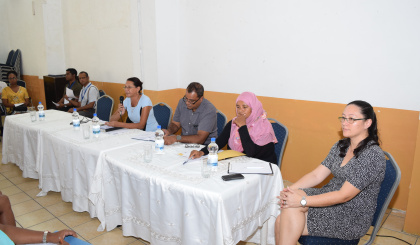