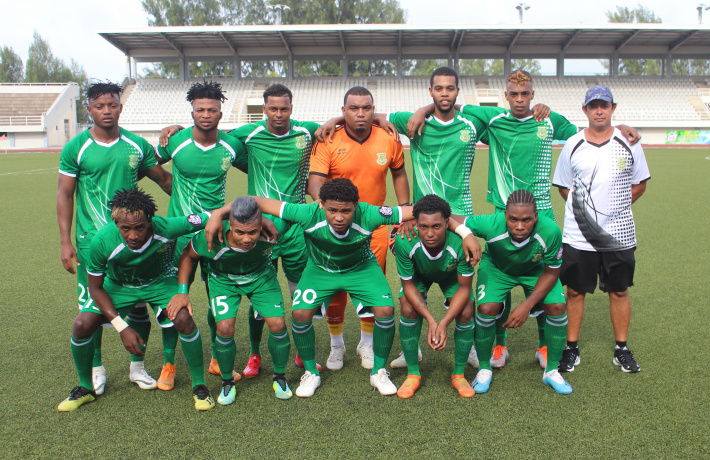 Forester FC are favourites for the SeyPearl Premier League title

SeyPearl Premier League leaders St Michel threw in the towel on Wednesday to the 2019-2020 title race, opening the way to their closest rivals Foresters to their first league crown in their history.

The stunning news Sports NATION revealed yesterday of St Michel’s decision to forfeit their position in the league where they led by three points was expected at first sight to have a domino effect where other teams were expected to follow suit and also decide to pull out of the remainder of the league which hopes to resume in early July.

However, Seychelles Football Federation (SFF) president Elvis Chetty quickly stepped in to quell such concerns as he reassured all of its members, especially top flight clubs, that the federation is determined to complete the season despite one of the most successful local clubs as well as the top crowd puller, opting to pull out.

Sports NATION spoke to all the remaining clubs in the SeyPearl Premier League of their plans and also about St Michel’s decision to pull out. We spoke to them in the order they were placed on the league standings when it was halted in March.

Foresters coach Harold Hoareau: “I think that all teams are facing their own difficulty though some have a hidden agenda to pull out, but in our case, we want to complete the league where we were confident of winning the title after our win over St Louis and at the same time St Michel losing to Northern Dynamo. Our opponents had a much tougher run in and this may have opened up the way for us much more and if we win the league, we will reward our players.”

Côte d’Or manager Andre Bedier: “We respect the opinion of St Michel but we believe that we must complete the season after investing in the season where we had reached almost the end and we have a slim chance of retaining our league title and we can also aim for the SFF Cup. We have discussed with the players the current situation and they are keen to participate and we would not have participated if there was any risk. It’s true it will incur certain expenses but we have also received assistance from the federation. We also feel that if we stop playing now, when will the players get the chance to play football again as we have an uncertain future for our club.”

La Passe chairman Gerald Lablache: “We started the league so it’s normal to finish it as let’s not forget for a couple of seasons we have not completed our competitions on time and we must not allow this to happen again and if the majority of teams are willing to play, let’s get on with it.”

St Louis manager Davis Khan: “We have been training for the last two weeks so we are ready to start. We have also suggested to the federation to consider sharing out the money which would have been used to send our teams to African club competitions as next season we will not be taking part. This will be of great help to the clubs.”

Northern Dynamo chairman Nigel Michaud-Payet: “We have decided not to take part though there were mixed views in our team as some players and members of management wanted to compete. But we will not compete as sponsorship is our main concern and we cannot abide by the heath guidelines in training and it is quite costly now to maintain our foreign players. I think that the federation should consider organising an all-Seychellois league next season.”

LightStars coach Ted Esther: “We resumed training two weeks ago and if we continue to get the financial assistance from the federation, we can continue as we hope they don’t decide to stop again and at the moment, we are placed fifth but we still can finish in the top three which will be quite an achievement for our team.”

Red Star Defence Forces chairman Vincent Luther: “We feel we are not ready to restart as this will necessitate another pre-season training and it will prove quite costly and not to our advantage with the unavailability of sponsorship and the financial constraints we are encountering. We are also concerned for the health and safety of our players which we think are valid reasons to stay away.”

Revengers coach Neddy Rose: “Our preparation started a few weeks ago and the players are eager to play to complete the league and SFF Cup and we are grateful for the financial support from the federation and we are asking the players to give their best for the love of the game for the remaining matches and if certain teams decide to stay away, that is their problem.”

Anse Reunion coach Basil Hoareau: “We will start training on Monday as we want to end this season where we have eight matches remaining and we have a chance to finish in the top five. We have only one away match which means we have an advantage of playing at home and we are aiming for a good finish.”

Au Cap chairman Nichol Dogley: “My personal intention was for the team to take part in the remainder of the season especially as we do not have any foreign players and its financial implications, but we have to put it to the players and management to make a collective decision and we plan to meet everyone today (yesterday) and we will let our final decision known by the end of the week.”

Despite three teams deciding to pull out, let us hope the other teams will meet their obligation for the rest of the season to compete to ensure a team are crowned league champions to wrap up a season which had proved quite exciting and tight but has been hit hard by the COVID-19 pandemic which has changed the focus of its contenders and pretenders for the remaining matches. 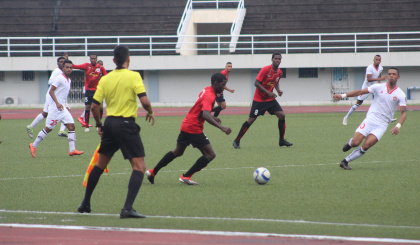 Northern Dynamo and Red Star will stay away from all competitions