Look Up! Spot the sparkling diamonds in the heart of our Milky Way | 29 May 2020 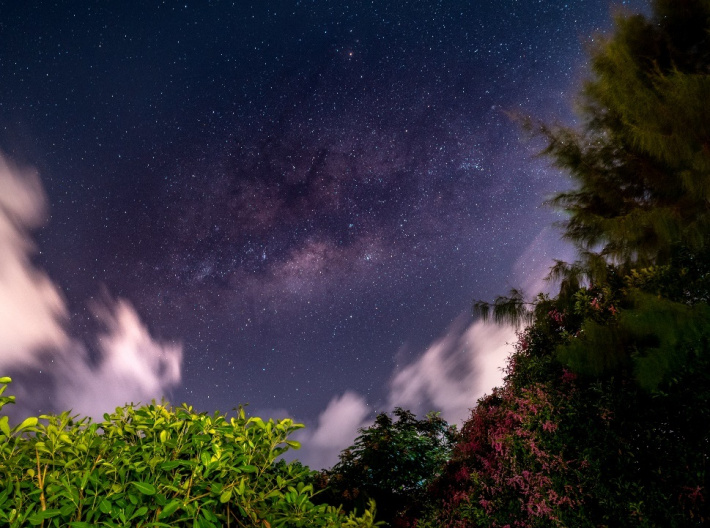 A part of the Milky Way showing the galactic core, as seen from North Mahé on May 25, 2020 at around 10pm (Photo credit: The Creative Studio – Seychelles)

“Right now until October is the best time to see our Milky Way,” according to a knowledgeable and experienced local astronomer.

The Milky Way is the galaxy home where our Solar System resides and we are lucky here in Seychelles to have the opportunity to see it due to our lower levels of light pollution.

A fellow astronomy enthusiast says that in other countries, especially those with big cities, it is quite difficult for people to see the Milky Way due to light pollution; many people drive for an hour or two just to be able to get to a spot that’s dark enough to see it.

Over the next few months, we should be able to see the centre of our Milky Way ataround 9pm local time. This is something interesting that everyone can take part in on a night where there is a clear sky and even take some photographs.

Below, we share with you the account of the experienced astronomer about the Milky Way and his tips on how to make the best of this special opportunity.

“During this time of year the star band of our galaxy, the Milky Way, is curving about half way up across the night sky from about 9pm. It was called milky by the ancient Greeks who thought their fertility Goddess had spilled some milk from the Celestial farm.

“Just give your eyes 10 minutes to adjust away from lights and you will see the band stretching from North East to South West. The shape is like two saucers placed open ends together, and at the moment we are looking from about half way out towards the centre if you look a little south of East.

“There is a band of stars here and then again to the south where you may see the small kite-shaped Southern Cross constellation well known to sailors. Here also –to ESE – is the exact centre of our galaxy which is controlled gravitationally by an object 4 million! times the weight of our sun, occupying a single point and called Sagittarius A* (“a star”) from its constellation Sagittarius. You cannot see it of course, but it is known by the rapid motion of stars around its centre. It is amazing to think such an object actually exists and that we have been able to discover it by sitting here and doing calculations.

“We are very lucky to see the Milky Way in Seychelles as most of the world has lost the stars due to there being too many lights at night. To the eye, it looks fuzzy, but a simple pair of binoculars will bring you hours of happiness and you will see why Galileo, in 1609, was so enthralled when he turned his tiny telescope to the sky and saw hundreds of sparkling diamonds on black velvet.”

We, at the Seychelles NATION, wish you clear skies!