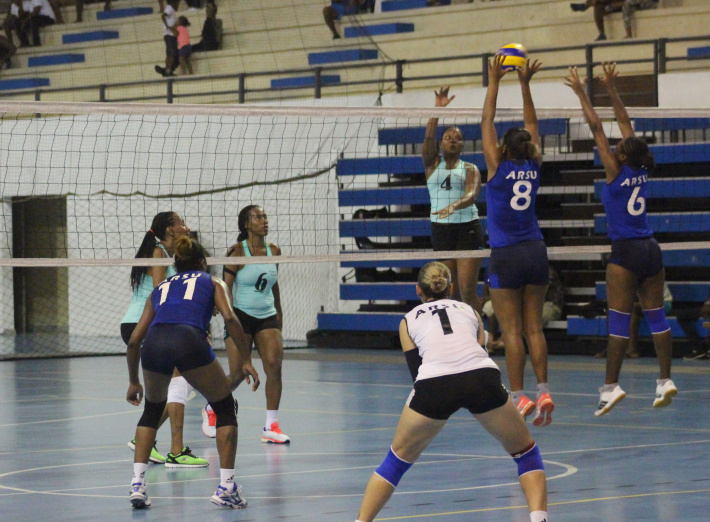 Competitions are expected to serve off at the end of June

Seychelles Volleyball Federation chairman Ronald Wong has told Sports NATION that they are seriously considering a change in their season format for the remainder of the year.

In an exclusive interview with Sports NATION, chairman Wong said that they will be meeting all the club members in mid-June to put forward these latest proposals and also to finalise the calendar for the rest of the 2020 season.

“We can say that the COVID-19 pandemic that has grounded sports for two months here in our case has been a blessing in disguise as we can now commence our season proper in October and complete it in May 2021 which will bring us in line with other leagues on the continent and in Europe and this will ease the issue of international transfer in the future,” revealed SVF chairman Wong.

In fact the season had already served off in early March with the SVF Shield where 2019 league and cup winners Premium Spikers continued their domination of the courts as they triumphed over Neo Boyz in the men’s encounter, while in the women’s match, league champions Cascade, under new coach Marie-Ange Bouchereau, beat City Ladies to make a bright start to the season. Cascade had parted ways with coach François Magloire after the CAVB Zone 7 Indian Ocean Club Championships (IOCC) which were held in Madagascar in February where they finished in fourth position. Magloire has since decided to take a break to focus on other commitments for the year.

Nonetheless, chairman Wong explained that after the break in sports, they hope to resume at the end of June with a beach volley tournament which he believes will be a good preparation for the teams before the actual 2020-2021 season serves off.

“We want to help the teams with their pre-season as they restart this week with their team training as per the local sports guidelines and then we will start on a small scale with beach volley tournaments and afterwards, we plan to organise 4x4 tournaments for Mahé and inner islands teams and each team will be allowed to field two teams and this, we feel, will be a good build-up for these clubs where we expect maximum participation,” Mr Wong related to Sports NATION.

However, the SVF chairman expressed his concern about the state of their main competition venue – the Palais des Sports – which is in urgent need of repair to its roofing, but the intended work has been delayed due to technical issues.

“We would hope to launch our season in early October only if the Palais des Spots gym is patched up as we face difficulty when it rains as the roof leaks and causes matches to be postponed due to wet and slippery surface which is hazardous for the players .Therefore, we are keeping our fingers crossed as we await anxiously that the National Sports Council (NSC) can sort out this long-standing problem for the benefit and safety of our sportsmen and women,” noted Mr Wong.

He added that if the Palais des Sports remains unavailable, they will contemplate organising their competitions at the La Promenade Gymnasium and at the NSC Hall though he stated that both are not ideal venues due to their low ceiling.

The experienced sports administrator who was inspirational when the country first hosted the Indian Ocean Islands Games in 1993 where he was the Games Commissaire, is also a bit disappointed with the way the sports authorities have been dragging their feet in this post COVID-19 era after the country lockdown measures were eased in May.

“I sincerely think things are moving too slowly as let’s not forget that we, as a country, are generally safe with the coronavirus so therefore we could have proceeded with the resumption of sports with a well drawn-up plan ‘à la Seychelloise’ rather than try to copy everything from other countries, meaning we should have addressed our concerns in our own way. Our worry is that there are matters that should have been resolved by now but are yet to happen and these delays will unfortunately have a negative impact on the resumption of sports locally,” reflected chairman Wong.

In fact, chairman Wong was adamant that his sports namely volleyball and even our national game of football can be practiced without much fuss with spectators rather than behind closed doors as is being suggested by certain people.

“I would have thought that at this point in time, our sports venues would have been disinfected and I am convinced that we can welcome spectators to the Palais des Sports gym which is quite a large venue and is never full for local matches and the same applies to Stad Linite for football matches. However, it is the duty and responsibility of NSC to demarcate the sitting area to ensure there is social distancing at all times during sporting activities in accordance with the guidelines of the health department,” remarked the former all-round sportsman.

On the major worries about the continued existence of sports in this post COVID-19 pandemic period, chairman Wong said that he thinks clubs will survive though he said he would have liked to have assisted the clubs if his federation had enough funds.

“If we had the financial resources like football, we would definitely have assisted our clubs during these difficult times with the lack of sponsorship, but we are not in a position to offer such support as our budget is to help us organise local competitions but we hope NSC can intervene though clubs with foreign players will have to reconsider their situation if they are to survive in the coming season,” claimed the SVF chairman.

Chairman Wong though said that he is optimistic that volleyball will enjoy another good season similar to 2019 where they managed to complete all their scheduled competitions despite a bad start that threatened to derail the federation with the boycott of the SVF Shield matches and the eventual closure of the leading club in the shape of SwimBlue Pals.

Interestingly, the season went ahead which culminated with the women’s national team stunning the region by winning the gold medal at the 10th IOIG in Mauritius while the experimental men’s team under French coach Olivier Sauer, made it to the podium with a credible bronze medal to silence their critics.

“Despite the present difficulties and the halt in sports, our committee is confident of another successful season though we are conscious there is a ban on all international competitions which means the CAVB Zone 7 IOCC Championships scheduled for November in Mauritius have been called off, but we are looking forward to the restart of our local competitions,” chairman Wong said in conclusion. 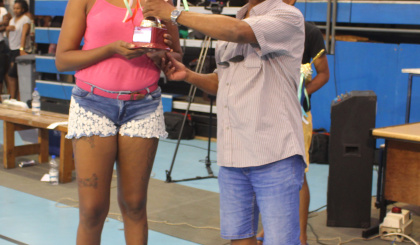