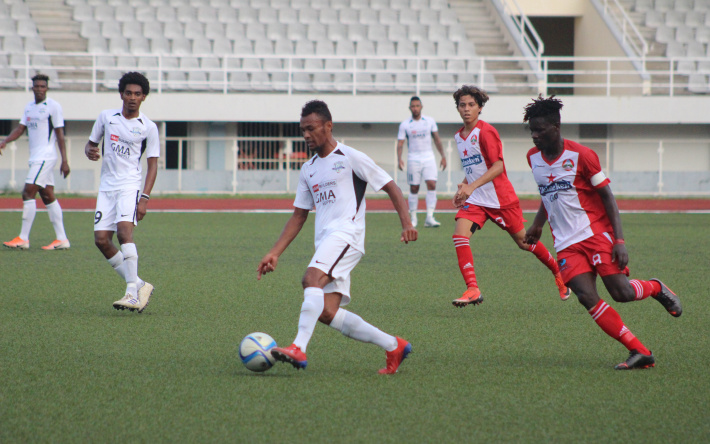 Seychelles Football Federation president Elvis Chetty has said that with teams dropping out of the remainder of the league campaign, it will be advantageous to his federation.

“Of course we would have liked all teams to continue so that we could complete the league with all our registered teams but in hindsight, with four teams deciding to pull out of the SeyPearl Premier League, this will help us a lot in terms of fixtures and will enable us to complete the league in a shorter period of time than we had previously envisaged,” revealed Seychelles Football Federation (SFF) president Chetty

Au Cap Football Club are the latest team to pull out of the league though for them, they were relegation bound with one point from 17 matches and had nothing to play for as they awaited confirmation of their demise to the championship.

No sanctions for renegade teams

As for St Michel FC, they were in the hunt for the first league crown which had eluded them since 2016 but had suffered a setback with their loss to Northern Dynamo in their last match and faced three tough matches against their arch rivals St Louis as well as reigning league champions Côte d’Or away and a title decider versus Foresters who had beaten them in the first round.

As a result, some critics say that St Michel realised that with Red Star Defence Forces and Northern Dynamo dropping out, it would guarantee their closest rivals Foresters six points, edging them closer to the league title. This meant that St Michel’s league chances were limited and thus the decision to pull out and be content with their Airtel Cup title for the season.

As for Red Star Defence Forces, they were out of the title race and had also been knocked out of the SFF Cup so it was a season of underperforming after changing three coaches this season while Northern Dynamo were divided as quite a number of players wanted to prod on but the management took the final decision to stay away.

Nevertheless, SFF president Chetty made it clear that these teams will not face any sanctions for their decisions to stay away from the remainder of the competition.

“The executive committee agreed during this COVID-19 period not to exercise this regulation as we felt that these circumstances we are going through amounts to ‘force majeure’ where there are exceptions and that this is why there will be no sanctions for these teams,” Mr Chetty reiterated to Sports NATION.

However, the SFF president did not want to dwell on the reasons for pulling out by these four top flight teams but he only stated that he respected their decision but reassured all its members that the local competition will restart in early July.

“In fact pending no health issues, it is very likely that with fewer teams, we will be able to even organise the SFF Cup which we had thought of cancelling due to time constraints, but now we will think twice and may even include it so that we complete all our scheduled competitions,” explained the SFF president to Sports NATION.

Mr Chetty also responded to queries by teams who were suggesting that the cash normally used to finance teams’ trip to African club competitions should be redistributed to teams.

“We have promised to assist all clubs in whatever way we can and this is the reason we will be rewarding financially the top five teams in each league,” noted Mr Chetty.

It is rumoured that the league champions are expected to receive over R130,000 as cash incentive for this season which is an unprecedented amount in local football history.

The SFF president was also asked about the proposal by certain teams to run an all-Seychellois league for 2020-2021 but he was rather cautious with this idea which he said needs careful consideration of its implication.

“It makes sense to suggest such a format but it has a lot of implications such as if a foreigner has another GOP rather than one for football, will they be allowed to play? So we have to discuss it thoroughly and get the consensus of all parties concerned. But on the other hand, it is logical to think of reducing the number of foreign players in a cost cutting attempt as it is obvious that all teams in our leagues will have difficulty to raise funds due to the economic situation as well as the traditional way of raising funds which is through sponsorship. In my opinion, they should consider other ways of raising funds to ensure their sustainability,” claimed Mr Chetty.

The SFF president also spoke of the key role that our officials play to help in football progressing and in this case to facilitate the restart later next month and he was full of praise for their tireless work in difficult circumstances.

“We do recognise the critical role the officials play and we are looking at different avenues where we can assist them as we call on their service for the remainder of the season,” Mr Chetty remarked.

Despite all the setbacks faced so far this season, Mr Chetty was positive of the way forward as he was convinced we need to crown a team as league champions to wrap up the 2019-2020 season.

“According to the NSC, it looks as if we will be able to accommodate spectators which is a bonus in a season which has been quite exciting, but unfortunately the COVID-19 pandemic brought it to a premature halt. Nonetheless we need to continue and see the best team celebrate the league champions title and we hope the fixtures for the rest of the season will be ready soon and I want to thank all our participants and everyone who has worked very hard to see football return and wish all the teams who will maintain their participation all the best,” Mr Chetty related to Sports NATION. 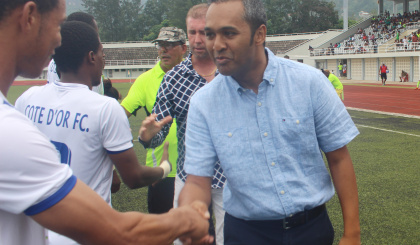