The Truth, Reconciliation and National Unity Commission (TRNUC) yesterday heard three witnesses. But before the witnesses took the stand, the chairperson of the commission, Gabrielle McIntyre, noted that former President James Michel was due to appear before the commission today but because of the coronavirus (COVID-19) pandemic it will not be possible. She claimed that the former president, though, has cooperated and has provided answers in writing to details requested by the commission. The commission hopes to reschedule him when the circumstances allow and necessity arises, either through Skype or in person.

Colonel Andre Ciseau appeared in open session before the commission yesterday morning in relation to Case 0108: Muyna Issack – regarding the death of her brother, Michael Hoffman, who was allegedly murdered, together with Sony Elizabeth, by soldiers on July 23, 1983 at Sans Soucis.

From information gathered, the commission had wanted to know if Colonel Ciseau was the person who warned other persons not to associate themselves with Mr Hoffman.

To start off, Colonel Ciseau said that he never worked in intelligence gathering in the Seychelles People’s Defence Forces and he also had never known Mr Hoffman. He also claimed he never advised other people about keeping away from Mr Hoffman.

Colonel Ciseau stated that at the time of the incident he was probably a lieutenant stationed at the army headquarters, Bel Eau and that he heard about the death of Mr Hoffman and his colleague just like anybody else.

Two former media producers and broadcasters, Jean-Claude Matombé and Josie Michaud-Payet were before the commission in open and closed sessions as witnesses in Case 0123: Juan Salaman regarding the death of Salaman’s mother, Marjorie Baker, the popular radio presenter at the then Radio Seychelles, on the night of September 5, 1986. It is to be noted that Mr Matombe and Ms Michaud-Payet were also friends and working colleagues of the deceased.

From evidence gathered, an intoxicated Douglas Cedras, who was a close friend of Ms Baker, had called on Mr Matombé at the Happy Youth Club on the night Ms Baker was murdered and had told him (Matombé) that he (Cedras) was going to kill her (Baker).

Mr Matombé categorically denied that Mr Douglas told him on the eve of the murder that he was going to kill Ms Baker. He claimed that he only heard about the murder at around 2am the following day. Since he had some perspectives of the murder, he went into close session to disclose what he knows.

Radio producer and presenter Josie Michaud-Payet was the next witness in the case to clarify gathered evidence that she boarded the same bus carrying the intoxicated Mr Douglas, late in the afternoon, on the same day Ms Baker was killed, and he had told her (Ms Michaud-Payet) that he was going to kill her (Ms Baker).

Before explaining her presence on the bus with Mr Cedras, Ms Michaud-Payet said that she had a good and cordial relationship with Ms Baker who was her boss at the then Radio Seychelles and with Mr Cedras who was a senior technician. She claimed that, the day before Ms Baker was killed, she got to see her while working late, and found out that she was very distressed.

Ms Michaud-Payet said that she advised Ms Baker to alert the police on her situation before leaving for home after finishing her shift from morning till afternoon. She further said that she got a lift to Beau Vallon and then took a public bus at ten to six in the evening to Glacis where she shared a seat with Mr Cedras, who was already on the bus, and held a conversation with him.

She alleged that very early, at around 4am the following day (the day Ms Baker was killed) while on the way from Glacis via Beau Vallon in the organisation’s transport to pick up a news reader at St Louis, she and the driver noticed Ms Baker’s white car parked on the road next to Mr Cedras’ residence. She said she wondered what the car was doing there and thought that maybe they (Cedras and Baker) had reconciled. She said that she learned of Ms Baker’s death while doing her rounds in the studio and she even read Ms Baker’s death message later.

Ms Michaud-Payet said that she, along with a few colleagues, went to see Ms Baker’s body at the mortuary and claimed that she had seven stab wounds on her body. She added that she went to the hearing of Mr Cedras (who was sentenced to life imprisonment) and managed to catch up with him on his way to prison and while hugging him she had asked him: “Why did you not listen to me Douglas? Have you seen what has happened? If you had listened to me, you would not be in this situation my friend?”

She added that she wished him luck and told him that maybe God willing he will be pardoned.

Speaking of her good relationship with Mr Cedras’ children, Ms Michaud-Payet said that she did not want to be seen as the person to open closed wounds to therefore bring unnecessary pain to innocent people. From there she asked to relate the conversation she had on the bus with Mr Cedras in close session. 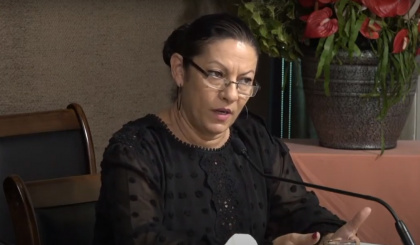 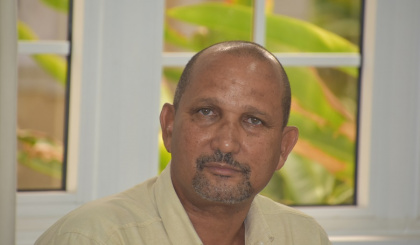 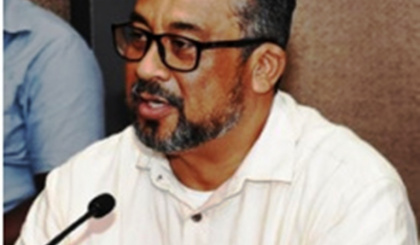