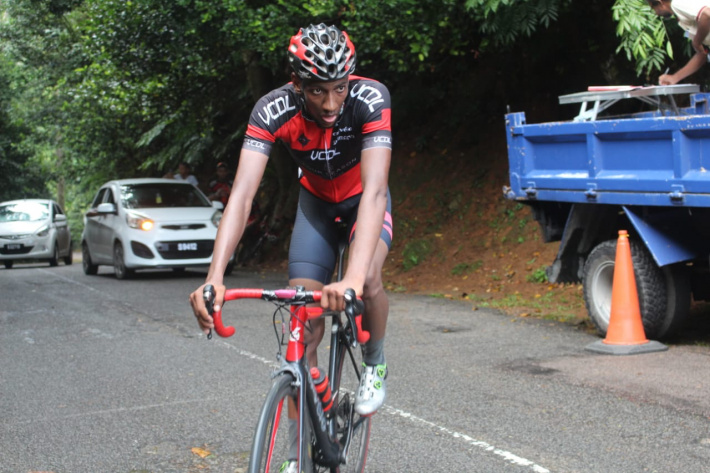 Top cyclist Ahmad Arissol is suggesting that the 2020 season is scraped after being out of action for over three months due to the lockdown on all sports activities as result of the coronavirus pandemic which affected the country.

“According to our local cycling association, it will be sometime before we can resume competition as they await guidance from our international association (UCI) and they are thinking of a restart in September after changing from a June 1 initial resumption of competition,” revealed top local cyclist Arissol.

Arissol added that it will be difficult therefore to take up training if there is no calendar as they will not be able to maintain the momentum of intensive training, therefore he feels that as the year is half way through and races possibly set to start in the latter stages of 2020, it would be best to call it off so that all the teams could prepare for an early start in 2021.

“At the moment we are training once a week and we had planned to purchase new equipment but it is quite difficult and with no flights and with the hike in the foreign currency, it is a concern,” explained Arissol.

Arissol, who is the team captain of the Anse Boileau-based club Vélo Club de L’Ouest, added that they had big plans for the season but it appears everything will have to be put on hold as they watch this uncertain year unfold.

“My club had picked off where we had left off last season as we dominated the first race which was the circuit race on the Cascade road and Providence highway where we had nine riders in the top 10, but already we could see that certain clubs were struggling as only two teams took part in this opening race in early March,” reflected Arissol in this race which was won by his teammate Yohan Oreddy while Stephen Belle was second. Arissol was placed in ninth position.

Arissol though is not too bothered by his ranking as he is grooming his team and keen to promote his young riders for the future after he was their leading cyclist in 2019.

“I was the Classification winner last season and won many races last season though I was not voted the best cyclist for 2019 which was understandable as my results in international competitions were not very good,” admitted Arissol.

Nevertheless, Arissol points to poor preparation for international competitions especially for the 10th Indian Ocean Islands Games in Mauritius where Team Seychelles did not make it to the podium.

“Our performances for the regional games were not right as firstly the National Sports Council (NSC) was late to bring the necessary riding equipment for us to get used to and secondly our choice of training camp venues was not appropriate as we went to Martinique and France which was a very expensive venture when I strongly feel that a one-month training camp in Mauritius itself would have enabled us to familiarise ourselves with the roads and been more beneficial and at the same time less costly,” stated the Anse Boileau resident.

In fact, this is the reason Arissol thinks there should be more consultation between the cyclists and the association to ensure that there is consensus on different issues and therefore that is why he feels that it is crucial that the annual general meeting (AGM) is organised in the near future.

“We, as cyclists, want to be listened to and also consulted so we are looking forward to the AGM where there is expected to be election of office bearers and if there needs to be changes or continue with the same people so be it, but what is important for the future development of our sport is for more communication and consultation in decision making which impacts on us as cyclists,” Arissol told Sports NATION.

Nonetheless, Arissol added that they have been informed that in the wake of the coronavirus pandemic, the Seychelles Cycling Association (SCA) has said that it has been advised not to organise any gathering in accordance with the guidelines of the department of health.

The team leader of Vélo club de l’Ouest went on to explain that they had big plans for the 2020 season after they finished as the best club in 2019 and the fact that they have been the team to beat in the last couple of years since he made his return from a six-month ban in late 2017.

Named Seychelles’ best cyclist for the previous three years – 2014, 205 And 2016 – Arissol was handed a six-month ban by the Seychelles Cycling Association’s disciplinary committee in March 2017 for an incident that happened on Saturday February 25 during the 71km circuit race which started and ended at Petit Paris. According to reports, there were several altercations between the captain of the Vélo Club de l’Ouest Ahmad Arissol and another cyclist, in a race won by Arissol’s teammate Stephan Belle.

The altercations continued after the race and Seychelles Cycling Association (SCA) chairman Lucas Georges told Sports NATION the cyclists failed to remain composed as they went on a rant filled with abusive language and gestures in front of officials, representatives of sponsors and others.

Following an investigation, the disciplinary committee imposed a six-month ban on Arissol.

“Our aim this season was to set up a junior and elite team where we would be very selective in our choices of our team opting for athletes who have potential and show interest in this sport. We wanted to go international as a club where we had planned to compete in the Tour de Maurice, Tour de La Réunion and Tour de Madagascar and we would have given all our members the chance to compete on the international stage but all these things will now have to be cancelled,” remarked Arissol who also talked about the difficulty of securing sponsorship in this current economic crisis.

Arissol also spoke of their target of reaching the African continent, more so in South Africa as a shop window where this will provide their talented cyclists with this opportunity to show what they have to offer in the hope of securing contracts with top clubs to build a professional career.

In spite of the setback caused by the COVID-19 pandemic which has halted all competitive sports since mid-March, Arissol is clear on the way forward for cycling locally in the coming months to ensure its sustainability in the years to come.

“We must put our house in order firstly with an AGM and then discuss a programme for the remainder of the season leading up to next year and together we must also see what can be done to encourage clubs to keep going despite the lack of sponsorship,” Arissol related to Sports NATION in conclusion. 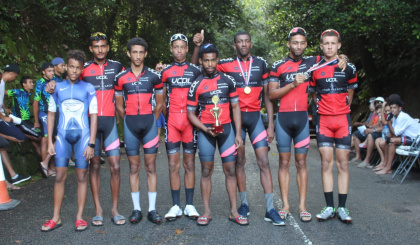