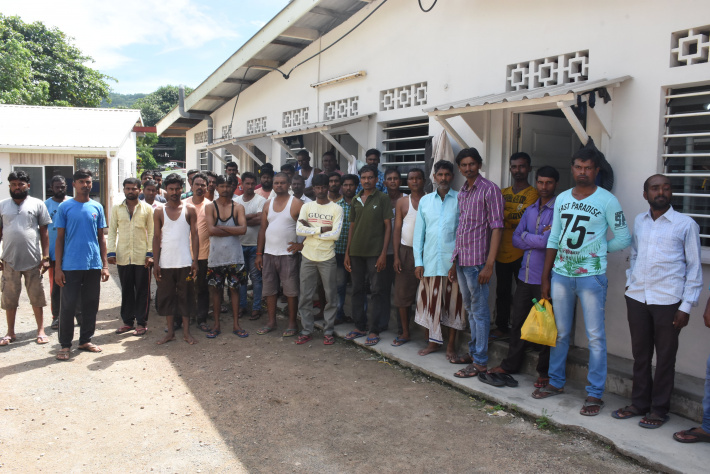 A group of 89 expatriate construction workers, mostly Indians, who are employed with Allied Builders, are refusing to work until their dues are paid.

The Allied Builders’ workers residing at Ma Constance informed Seychelles NATION that they have opted not to work in protest as they have not received their salaries.

Most were working on the La Gogue Dam project and another project related to a telecommunications company, they explained.

The workers allege that they have not been paid for two months, aside from a sum of R3000, due to the fact that the local construction company has yet to receive financial assistance from government.

As a result, they have not been able to send much money back home to their families.

Their stance of ‘no pay, no work’ started on Saturday and will continue until they are paid their full salaries for April and May.

The workers at Ma Constance have indicated that other Allied Builders’ expatriate workers, housed in other accommodations across Mahé, have joined the protest and will also not be working.

It is unclear how many Allied Builders employees have set down their tools due to this issue.

A top official from Allied Builders has stated that the company is in discussions with its employees and will get back to Seychelles NATION early this week.

If the issue is not resolved at the soonest, the construction workers said they will be contacting the employment department.