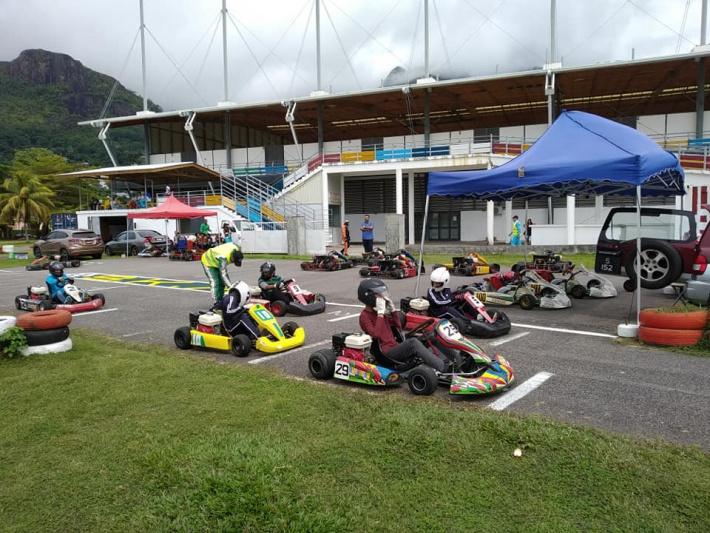 Karting in Seychelles will resume in the next few weeks after the Seychelles Karting Association was given the green light by the National Sports Council.

With the new regulations in place for all sports, the Seychelles Karting Association (SKA) has drawn up a new calendar for the remainder of the season, where race day formats and durations have been changed in order that they can manage the social distancing and hygiene guidelines requested by both the National Sports Council (NSC) and the department of health.

In order to reduce the number of people and officials at events, only two classes will be run on the same day on the weekends compared to five before, with the remaining classes racing on following weekends.

Unfortunately due to circumstances such as the large number of drivers who are normally accompanied by their parents for the academy class, and also the length of a full course, the new young newcomers who had joined this year will have to wait till next year before they can start their training after the SKA decided to scrap the course completely but will reserve the successful applicants’ places for next season.

Measures have been put in place for the sanitising and wiping down of karts that are normally shared by two drivers after every run, though a new structure has helped to allow all but four drivers to have their own kart to use during an event. Only drivers and officials signed up to race on the scheduled dates will be allowed at the circuit and any spectators or non-essential personnel will not be allowed within the perimeter of the circuit. Measures such as checking body temperatures and a check-up of the general health of a driver will be undertaken before signing-in in order to give the driver the green light to compete.

The season begins with round one of a seven round championship on Sunday June 21, 2020 for the SF1 and SF2 classes followed a week later by the SF3 and SF4 classes, while the SF5 and SF6 classes with junior drivers will race on Saturday afternoons.

The season will run until the last week of November.