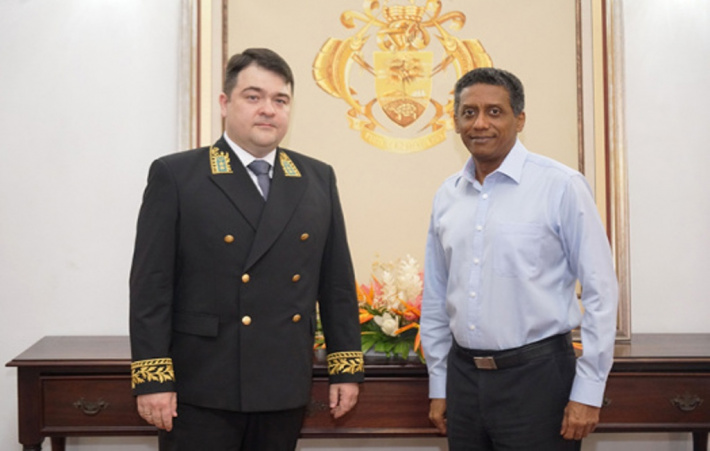 “Today, Russia celebrates her National Day. For a vast, colourful and diverse country, home to numerous different ethnic groups with their own unique cultures, traditions, religions, and languages, this day symbolises national integrity and shared responsibility for the present and future of the common Motherland. It is the celebration of unity, social cohesion and joint efforts towards steady development and continued progress of the Nation.

“This year, when we celebrate the 75th Anniversary of Victory in the Second World War, the Day of Russia is filled with special meaning and presents yet another opportunity to reminisce on and honour the valour and selflessness of those tens of millions of people, whose sacrifice ensured the return of peace and sanity to earth.

“Nowadays, Russia continues to play a key role in safeguarding international security and stability. One example, which also underlines the importance attached by our country to regional cooperation, is her active participation in fighting piracy in the Indian Ocean under the UN mandate within the Contact Group on Piracy off the Coast of Somalia. Russian and Seychellois specialists have been working hand in hand in this Group for years. This framework, however, is just one illustration of the multifaceted ties existing between our two countries, bound with a long history of traditionally cordial political and cultural dialogue. It serves as a profound basis for further advancing relations between Moscow and Victoria, supported by elaborated legal framework, which continues to develop with a number of draft bilateral agreements being presently studied by both sides.

“Since 2015, our peoples enjoy mutual visa-free regime, which serves as an extra stimulus for continued increase in the number of visitors travelling between Russia and Seychelles. And although the tourism is in the pause mode at the moment while our countries stand together in combatting the common enemy – COVID-19 – the figures will surely pick up quickly once the world epidemiologic situation improves, since the pristine and hospitable shores of Seychelles have always been favoured by Russian travellers since the first visit of a Russian ship to the archipelago almost 140 years ago.

“A vast field of opportunities for further deepening and diversification of partnership ties in such spheres as, inter alia, maritime security, blue economy, human and technological capacity building, lies ahead of Seychelles and Russia, with a number of them being currently translated into specific projects. The drive towards taking maximum advantage of these opportunities had been significantly reinforced by the visit of Seychelles President H.E. Mr Danny Faure to the inaugural Russia-Africa Summit, held in the city of Sochi in October last year.

“Another important step in the same direction is a recent designation by the Seychelles government of a new honorary consul to Russia, whose work will surely strengthen the bridges of friendship and mutually beneficial cooperation between our Nations. This move is very symbolic in the year when Seychelles is celebrating its 250th Anniversary. So, Happy Birthday Seychelles! And to all the Russian compatriots and friends of our country here and back home – Happy Russia Day!

Ambassador of the Russian Federation to the Republic of Seychelles