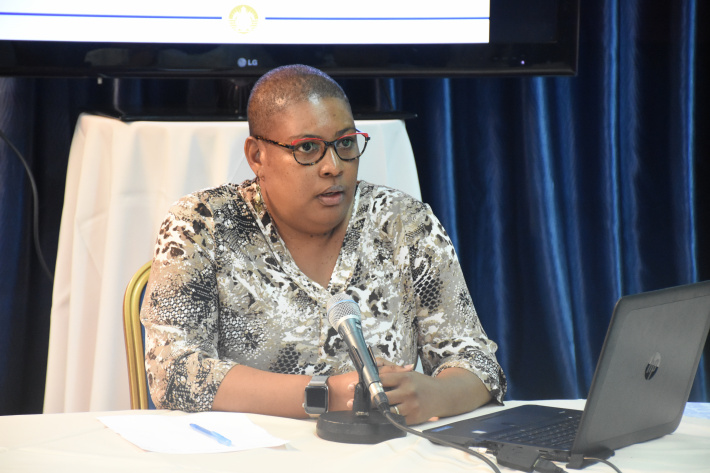 Following thorough evaluation of external and local economic situations, which have taken a downturn due to the impacts of COVID-19, the Central Bank of Seychelles is further loosening the monetary policy rate by 1% for the third quarter of 2020.

This means that the monetary policy rate (MPR) will stand at 3% during the next three months to support the domestic economy which is facing significant challenges due to the pandemic including a total collapse of the tourism sector.

In a press conference yesterday at the Central Bank of Seychelles (CBS) headquarters, CBS Governor Caroline Abel highlighted that the country’s economic activities will only rebound conditional of a global economic recovery and revival of the travel industry.

“Taking note of liquidity movements in the financial system, the board has also approved that, if the need arises, banks can reduce the minimum reserve requirement by 3% of the current rate,” Governor Abel further added.

The minimum currency reserve requirement for commercial bank currently stands at 13% but may be reduced down to 10% due to the above decision.

CBS has estimated that economic growth will contract by double digits in 2020 and noted that inflationary pressures are expected to rise in the short to medium term mainly as a result of the depreciation of the domestic currency, a development that followed a decline in the level of foreign exchange inflows.

The 1% reduction in the MPR complements the broader set of policy measures already announced by CBS to address the complex challenges brought about by COVID-19.

These include the fall in domestic economic activity, direct loss of income from the services sector, private sector revenue constraints and labour market frictions. Consequently, it is expected that there will be greater reliance on the fisheries and manufacturing sectors as the main drivers of the economy in the short run.

Governor Abel however stressed that earnings from these activities cannot fully compensate for the loss in revenue from tourism.

Individuals and households are nonetheless not far behind with 18.9%, which remains a worrying sign for CBS since many Seychellois workers, particularly those in the private sector, could potentially lose their jobs as from July 1.

Redundancy or a sudden, drastic decline in wages could severely impact an individual’s ability to pay their loans, adding further strain to the economy.

It is estimated that over 4000 people will be made redundant as from July 1 and Governor Abel stressed that government sector employees should not be complacent since they also need to spend diligently and save for potential hard times ahead.

“During these last few weeks, there have been some public sector employees who have approached their banks for a loan. But due to the economic uncertainty, banks are now more reticent to give out loans, even if you are a government employee and believe that your job is secured,” Governor Abel stated.

“Government employees should not think that their jobs are safe; it has been the private sector workers who have been hit first but note that a less productive private sector means less money in the government’s coffers. Will the government continuously be able to sustain the number of employees it has and their salary payments? This is a reality which touches us all, like a wave that gradually hits each one of us.”

Governor Abel further detailed that the country’s gross international reserve stands at US $608 million, out of which US $460 million is available for use.

The Seychelles Trading Company (STC), on June 16, procured around US $460,000 from the reserve for the purchase of essential commodities while the Seychelles Petroleum Company (Seypec) has recently requested to acquire US $3.5 million.

CBS remains vigilant and will continue to monitor inflationary developments during this coming quarter.