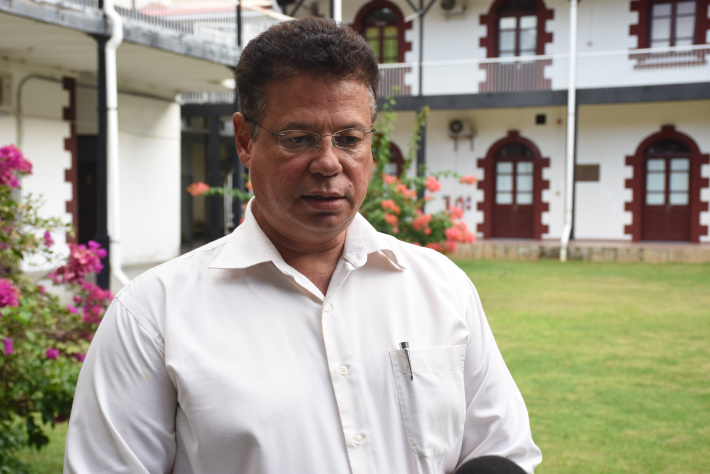 The crew of a Spanish fishing fleet operating in the waters of Seychelles are undergoing confirmatory tests for COVID-19 after 20 new crew members on board their fleet tested positive for COVID-19 rapid antibody tests.

The Public Health Authority was alerted of the positive antibody tests by the shipping agent of the fleet on Tuesday night following tests conducted on board.

Following this development, through orders of the Public Health Authority, all the crew members are now quarantined on their vessels. Those who have tested positive are in separate cabins, away from the others.

In a press conference yesterday afternoon at the Ministry of Health, the Commissioner of Public Health, Dr Jude Gedeon, said that the twenty cases are those who tested positive for COVID-19 antibodies, which means they had the virus before and the antibodies are present in their body.

“When we found out that 20 crew members had tested positive for the rapid anti body test, we sent health officials to the port to test the crew members by re-administering PCR tests, which is a more reliable test. In total there were eight ships and we went on the one with the most crew members which was 11 and we tested all of them,” said Dr Gedeon.

Out of the eleven who underwent the PCR test, three have tested positive for antibodies which shows that the infection is not recent and they are not manifesting any symptoms which means that the risk of transmission in case they are still infected is low.

He noted that the crew are not sick and are not showing any symptoms.

As for the Air Seychelles crew who were on the flight, Mr Gedeon noted that they followed all the guidelines that had been set by protecting themselves and are now being observed as well and they will be regular tested as well.

Testing is still being conducted on the other crew members during the night and Dr Gedeon added that it will continue until they test every crew member.

The Public Health Authority has confirmed that during the transfer from the international airport to the fishing vessels on Tuesday evening, there was absolutely no physical contact between the crew members and the local population as the transfer was done with strict public health precautions.

The Public Health Authority has now taken the decision to re-test all the newly arrived crew members on board the ships. This operation is underway.

The exchange of 207 crew members from Senegal and Ivory Coast took place this week, after the previous crew members had spent over six and a half months on board the Spanish fishing vessels.