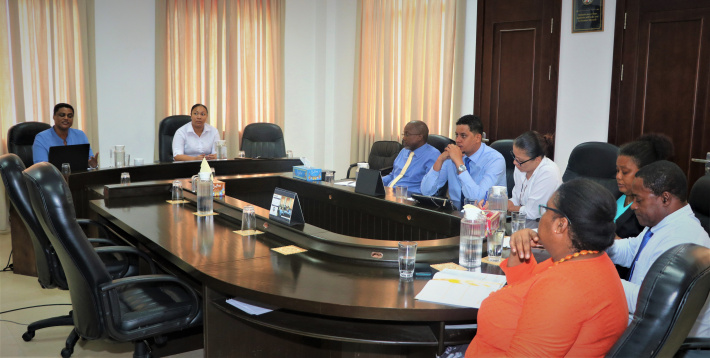 The session in progress

Members of the Media Youth and Culture Committee within the National Assembly have learned more about data collection in Seychelles.

This was during a session recently with the deputy chief executive of the National Bureau of Statistics (NBS), Helena Butler-Payette at the National Assembly.

The aim of this meeting was to discuss about data collection in Seychelles. Mrs Butler-Payette covered several topics such as types of data, selected collections as well as the challenges that the NBS faces, namely budgetary constraints and lack of human resource.

The committee was informed of the NBS’s intention to sponsor an overhaul reform of the statistics system locally by amending the Statistic Act 2010 and introduce what Mrs Butler-Payette termed as national statistics system.

Members of the committee also had the chance to ask questions regarding the collection of data and its processes, including how it can influence policy in order to better understand the situation at hand.