30th Anniversary of the National Day of the Russian Federation Russia, Seychelles celebrate their strong bonds of friendship, cooperation | 27 June 2020 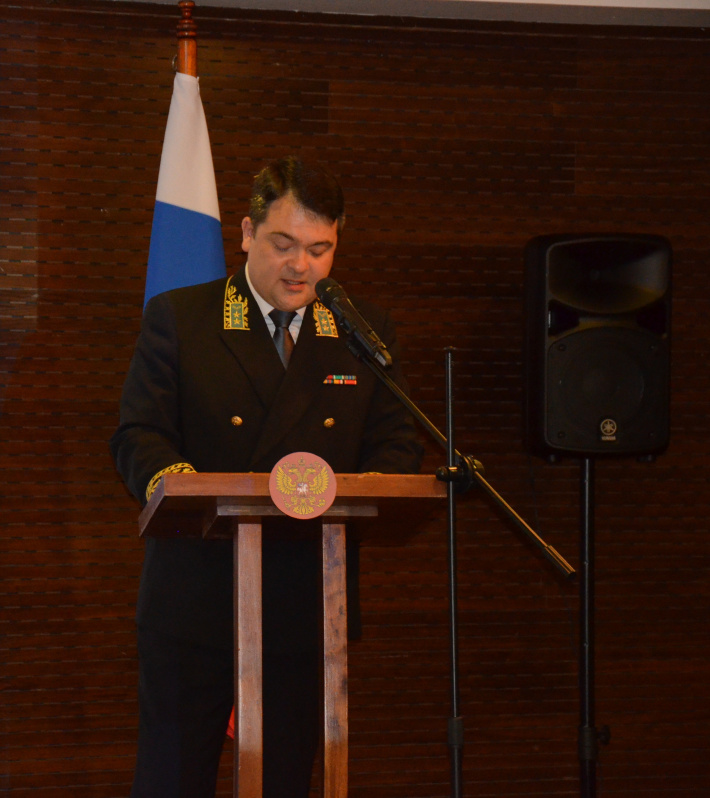 “The Russian Federation and Seychelles share a harmonious and dynamic relationship that continues to grow from strength to strength because of the special bonds of friendship, solidarity and cooperation that bind our two countries and peoples,” Vice-President Vincent Meriton has said.

VP Meriton highlighted that, “Russia and Seychelles enjoy a formidable relationship underlined by a desire to see progress on multiple frontiers and over the years, our bilateral relationship has excelled to new horizons”.

The VP added that Russia has been instrumental in assisting Seychelles on numerous initiatives including its continued support in championing the plight of Sids, offering first class educational opportunities to aspiring Seychellois and initiating the Russia-Africa Summit which is symbolic of the ever evolving ties between Russia and Africa. He pointed out that in this context, Russia and Seychelles have also worked in conjunction to address climate change, enhance trade as well as the promotion of the Blue Economy and issues of maritime significance.

He further went on to note that last year was another remarkable year for Russia and Seychelles with a number of key high-level visits:

• During the same month deputy Speaker Hon. Ahmed Afif headed a delegation of the Seychelles National Assembly to the Second Forum on the ‘Development of Parliamentarism’ and Russia-Africa Parliamentary Conference.

• Seychelles was represented by President Danny Faure at the highest level at the First Russia-Africa Summit in Sochi, in October.

VP Meriton noted that here in Seychelles we were happy to welcome in March Artyom Alexandrovich Kozhin, the new resident ambassador of the Russian Federation and furthermore pleased to announce the appointment in May 2020, of Dmitry Kislov, the new honorary consul of Seychelles in Moscow.

“2020 is a landmark year for Seychelles since we are commemorating 250 years of the first settlement while Russia leads the world in commemorating the 75th anniversary of Victory Day. Next year 2021, we will mark the 45th anniversary of the establishment of diplomatic relations between our two countries,” VP Meriton highlighted.

With regard to the COVID-19 pandemic which has restricted travel and movement of people the world over, VP Meriton has expressed his confidence that travel between Russia and Seychelles will resume in the near future.

VP Meriton went on to commend Ambassador Kozhin for his continued and active efforts to strengthen relations between our two countries.

For his part Ambassador Kozhin highlighted his country’s great pride in celebrating its national day.

“On June 12, Russia celebrated her national day. For a vast, colourful and diverse country, home to numerous different ethnic groups with their own unique cultures, traditions, religions, and languages this day is the celebration of unity, social cohesion and joint efforts towards steady development and continued progress of the Nation.

“This year, when we celebrate the 75th Anniversary of Victory in the Second World War, the Russia Day has a special meaning and presents yet another opportunity to honour the courage and selflessness of those tens of millions of people from Russia and other allied nations, whose sacrifice ensured the return of peace and sanity to earth,” he pointed out.

“As the President of Russia Vladimir Putin wrote in his latest article dedicated to the anniversary and published in the June 24 issue of Seychelles NATION, victory had been made possible thanks to ‘the efforts of all countries and peoples, who fought the common enemy’.

He pointed out that Russia continues to play an important role in safeguarding security and stability, both globally and regionally.

“One example is our active participation in fighting piracy in the Indian Ocean under the UN mandate within the Contact Group on Piracy off the Coast of Somalia,” he noted.

He said this framework is just one example of the multisectoral ties existing between Russia and Seychelles, two countries sharing a long history of traditionally cordial political and cultural dialogue.

“Since 2015, our peoples enjoy mutual visa-free regime, which already increased the number of visitors travelling between Russia and Seychelles. And although tourism is in the pause mode at the moment while our countries stand together fighting COVID-19, the figures will surely pick up quickly once the world epidemiologic situation improves,” remarked the ambassador, noting that the hospitable shores of Seychelles have always been favoured by Russian travellers since the first visit of a Russian ship to the archipelago almost 140 years ago.

Furthermore for a long time Russian investors have been steadily present in Seychelles. They contribute significantly to the development of the country, creating jobs and advancing bilateral economic cooperation.

Ambassador Kozhin further detailed that a “vast field of opportunities for further deepening of our diverse bilateral partnership in such spheres as maritime security, blue economy, science, technology, lies ahead of us”. 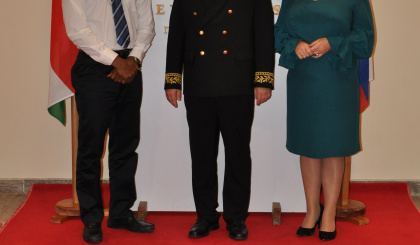 VP Meriton in the company of Ambassador Kozhin and his wife