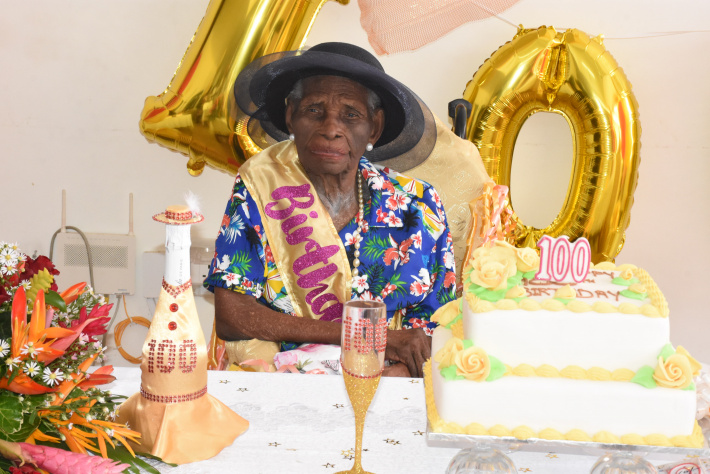 Francine Luther celebrated a major milestone on Sunday as she turned 100 – a feat that not many of us can achieve.

A devout Catholic, Miss Luther began her day by attending a special mass in her honour at the St Elizabeth Convent where she now resides.

Present were the Assembly representative for English River, Honourable Wilbert Herminie and the principal secretary for Family Affairs, Marie-Josée Bonne, who presented Miss Luther with gift hampers. The centenarian also received a gift from the chairperson of the Women in Action and Solidarity Organisation (Waso), Rosemary Elizabeth.

One of six siblings, Miss Luther said the secret to living a long life is to have faith in God and to pray.

“I am very happy to celebrate my 100th birthday even though I don’t feel so well,” said Miss Luther.

In her time Miss Luther has worked with many families helping around the house. In her free time she took up sewing as a hobby and said that she was very good at it. She said so good was her work that they were sold to a lady who took them all the way to Africa.

Her sister in law described her as a very humble and outgoing person.

She noted that Miss Luther, albeit with her ailments, still remains active and loves to dance and still sews to this very day.

Even though she never married and never had children Miss Luther was surrounded by lots of friends and family members on her 100th birthday. 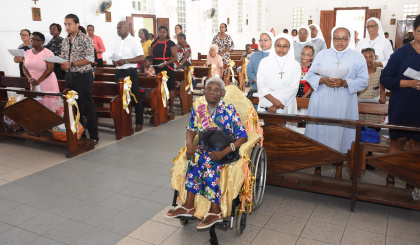 Miss Luther during the special mass held in her honour (Photo: Louis Toussaint)