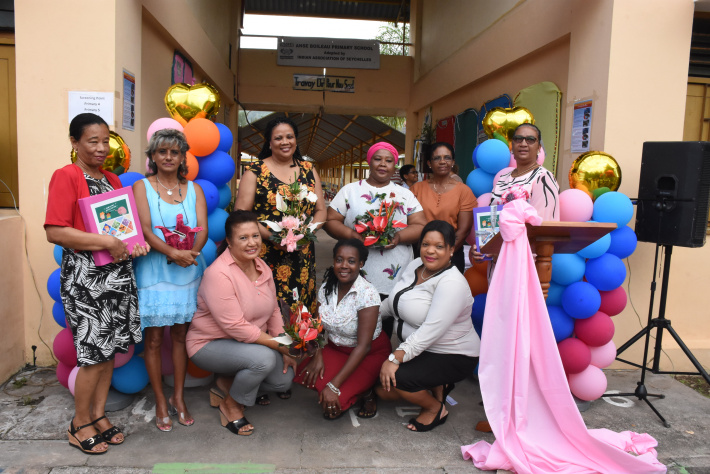 The government is not doing enough to tackle the drug problem, said Sarah Rene, chairperson of Campaign for Awareness, Resilience and Education against substance abuse in a special ceremony to mark the 25th anniversary of the inception of Care club.

The ceremony was held at the Anse Boileau primary school on Tuesday as it was the first school to adopt the club back in 1995.

“I remember when we first started, drug dealers had a great influence over children and the peer pressured them,” said Mrs Rene.

She noted that the drug situation has changed for the worse with the vast amount of drugs that is available in the streets.

“We are not getting support from the government as they are not doing enough to solve the drug problems. The Campaign for Awareness, Resilience and Education against substance abuse (Care) is not here to end the drug epidemic, we can only educate children but as soon as they leave the school gates they come face to face with so many bad influences,” said the Care chairperson.

“I want to call on all drug traffickers to have a conscience and think of the pain they are causing these kids,” she added.

Mrs Rene also called on the government to put more effort in solving this problem as we are a small nation and this should not be as big as it is.

She noted that children now are more educated on the negative side effects of substance abuse and this is thanks to Care.

Care is now focusing a lot of its attention on primary schools as the chairperson noted that children from a young age are being influenced by drugs, be it from what they see in their environment or the media.

“We are starting at a young age in order to set them on the right path as it is more difficult when they are teenagers,” explained Mrs Rene.

To commemorate the anniversary, Care presented a set of educational materials for substance abuse prevention on behalf of the club to the Anse Boileau school and the Ministry of Education and Human Resource Development.

Accepting the donation on behalf of Anse Boileau school, head teacher Milena Richard noted that educational materials on the negative effects of drugs will discourage students to follow the wrong path.

Accepting on behalf of the Ministry of Education and Human Resource Development, Ina Felix, principal educator for primary schools, said the department of education has always been at the forefront in the fight against substance abuse.

“A lot has been accomplished and today the educational materials that have been donated is a testimony of the engagement that Care has to equip schools with the necessary tools to continue its work to educate students on the dangers of drugs and alcohol.

During the ceremony, Care recognised the facilitators – Beryl Dodin, Sandra Chang-Pen-Tive and Cecile Françoise – who have been there since day one.

Ms Dodin noted that in the 25 years that Care has been active they have managed to save many children from falling victims to substance abuse.

“When we first started some students were already going down the wrong path, so as the counsellor for the school at the time I started a group called ‘Determination club’ which focused on setting a positive image. Eventually Care club was started and we merged with them,” said Ms Dodin.

She noted that they did not only focus on talking about drugs but also on various other activities like spirituality, exercising and singing which was showcased by a performance from two past members Antoinette and Rosalette Dodin who pledged their support for the club.

As of recent statistics, between 5,000 and 6,000 people out of a total population of 94,000 – the equivalent of nearly 10% of the working population – are addicted to heroin, according to the Agency for the Prevention of Drug Abuse and Rehabilitation (Apdar).

Per capita, Seychelles suffers from the highest rate of heroin abuse in the world and it is among countries with the worst drug problem. 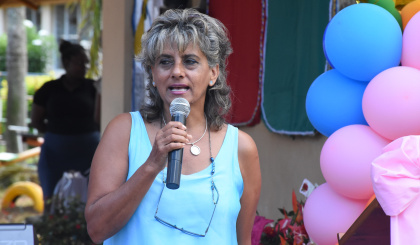 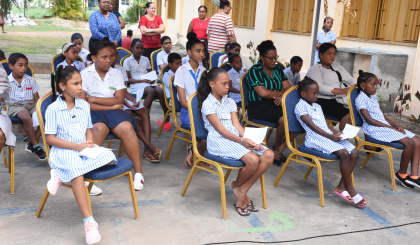 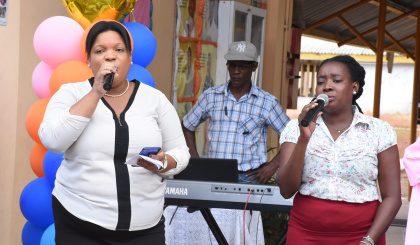