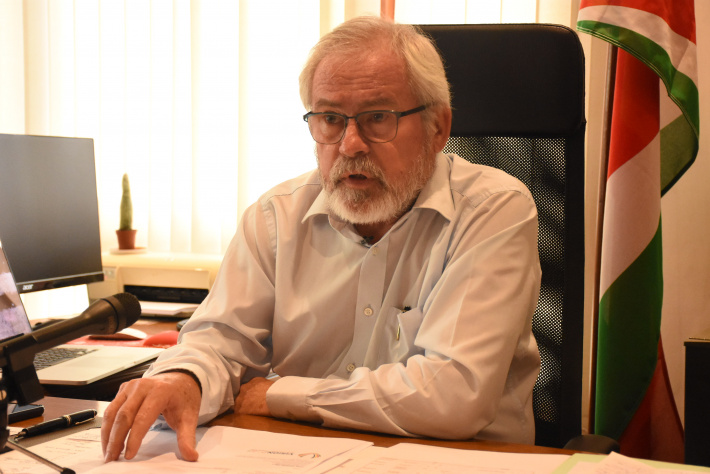 The 1,707 individuals who were affected with waste polluted water at La Misère and Petit Barbarons will receive the first portion of payment as from July 27, 2020 amounting to around R35 million.

Finance, Trade, Investment and Economic Planning Minister, Maurice Loustau-Lalanne, made this announcement yesterday following queries from these claimants who were wondering when the compensation payments will resume.

It should be noted that the ministry of finance managed to pay around 506 claimants during an exercise held on March 28, 2020. A sum of R9.9 million was paid during this round of payments.

The payment plan, in which cheque payments were to be made every Saturday until all claimants were paid, was sidelined due to the COVID-19 restrictions imposed in April.

Minister Loustau-Lalanne noted that, this time around, compensation payments will be made directly to the claimants’ bank accounts instead of cheques, primarily to avoid gatherings during this day and age of social distancing.

“The payment must be done in your bank account, not for or on behalf of somebody else. So everybody should have or open bank accounts in their names, even the minors,” Minister Loustau-Lalanne highlighted.

“We are also making payments for those who are deceased and this is a little bit more complicated, because we will need an affidavit and make sure that there is no other possible claims on the money that is given to the person authorised to receive the deceased’s payment.”

Payments relating to deceased persons are predicted to take longer to process.

There are two teams of people from La Misère and Petit Barbarons who are presently conducting an exercise to collect the relevant information about the claimants so as to effect these payments by the end of July.

The ministry of finance expects to receive all these information by July 16 for processing.

“We still unfortunately hold 32 cheques that should have been issued to some claimants but they never turned up and they still have not come, even though we keep calling and reminding them,” Minister Loustau-Lalanne further revealed.

The 32 persons are being advised to collect their cheques at the finance ministry’s office at Liberty House before their validity period of six month expires.

There are also 52 applicants who have yet to provide their identity card details to the ministry for processing.

“Unless they surrender their ID cards we are not going to release their cheques which are also sitting here with us. We keep calling them and we are getting nowhere so we are making a second appeal for them to come sort this out.”

A total of sum of R70 million has been dedicated to compensation payments to 1,707 claimants in the La Misère contamination case which spans over a decade.

It is for people who were born before and on December 31, 2010 since that was the year when the pollution occurred.

These include past residents of La Misère who were affected as well as former students and staff of La Misère school and the Seychelles Tourism Academy (STA).