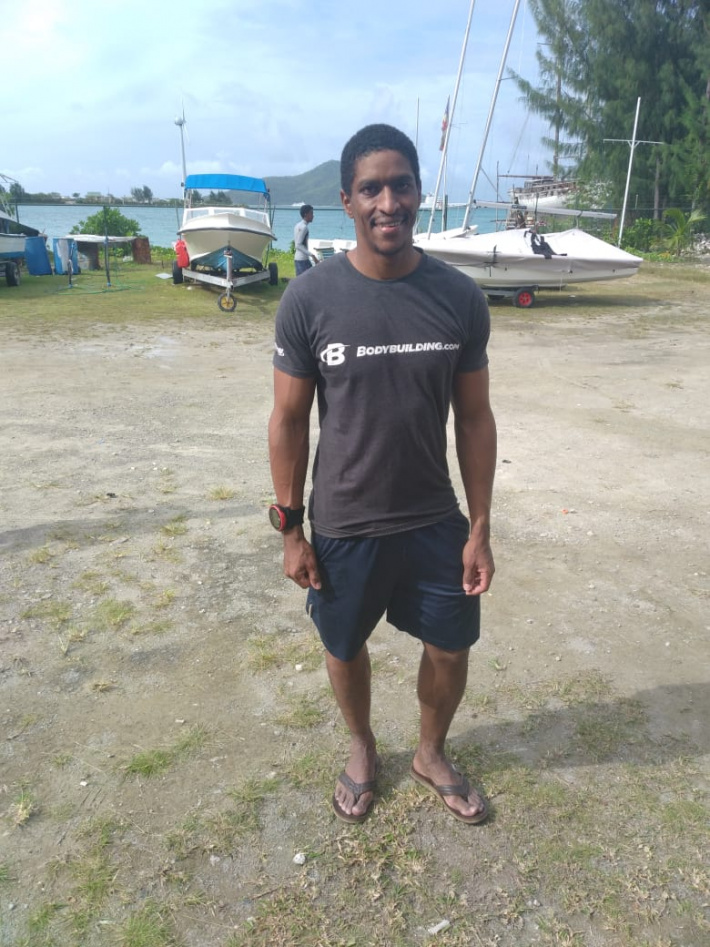 Reigning Sportsman of the Year Rodney Govinden made a good start to local competition as he dominated the sailing races held in the Victoria Harbour on Saturday morning to set off the 2020 watersports season.

Olympic qualifier Govinden, who at this time of the year in normal condition would have been on his way to the Summer Olympics Games in Tokyo, Japan which have been postponed due to the COVID-19 pandemic across the globe, has to be content with his first races locally where he outclassed a top field including his twin brother Roy, who was making a comeback, and seven-time Sportsman of the Year Allan Julie.

Rodney Govinden won three out of the five races in the Laser standard category to top the standings with Julie in second position and his brother Roy in third place.

He told Sports NATION that he was quite happy to be competing again after the upheaval worldwide with the coronavirus which had grinded sports to a halt for at least four months and forced him to fly back home from his training camp in Portugal.

“It was good to get back to competition and it served as a good practice where the conditions were good with quite a number of sailors. I had to stay focus with the tricky gusts of wind and at times cloudy conditions and I had to make the right judgment to enable me to win and I hope it continues as these races will help me get in the right shape,” explained two-time Sportsman of the Year Govinden who is in limbo as to when he will be able to travel overseas for more intensive training in preparation for the Tokyo Olympics which are now supposed to take place in a year’s time.

Govinden is now ranked top overall in the L’Habitation-sponsored competition.

In the SwimBlue-sponsored Laser radial class, Kenny Constance was the overall winner though Dominique Labrosse managed to win two out of the five races to finish in second position. Labrosse said he is finding it tough to bridge the gap from 4.7 sailing to this category after being the top sailor in the lower division for the last two years, but added that he hopes to get better in the coming races.

In fact it was Ryan Alcindor who was the top sailor in the Suzuki Marine-sponsored 4.7 category with newcomer Marius Assary surprisingly coming out second overall as he won the final race with Jasmine Monthy in third position to be placed as the best female sailor for the first round of races.

Assary said that he is happy to make his sailing debut and added that he hopes to improve his results this year with more training.

“The races went well for me though I was affected a bit with the varying wind speed but I’m pleased to have won the last race which will motivate me for the coming races,” 15-year-old Assary told Sports NATION.

In the Optimist category, Luca Marzocchi came out first as he won four of the five races in a field of three sailors and he was happy with his ranking.

“I performed quite well today though the wind was variable, but I would have liked it if there were more participants in this category for more competition,” Marzocchi, who is in second year of sailing,” related to Sports NATION.

In the windsurfing races that were held on Praslin, Bertrand Lablache was a class above the rest in the SYA Cup as he won the first three races and was second in the fourth which was won by Jean-Marc Gardette who was ranked fourth overall.

There was also the kitesurfing competition and Dominique D’Offay won all three races whereas Neddy Ernesta was second and Nicholas Adam came out third.

Seychelles Yachting Association chairman Alain Alcindor told Sports NATION after the races that he was just pleased that they had been able to organise this first series of races where he was satisfied with the number of competitors as some could not make it for different reasons, but he hopes the number will increase as the season pans out. 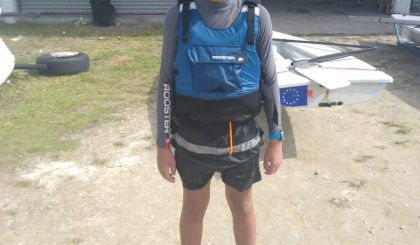