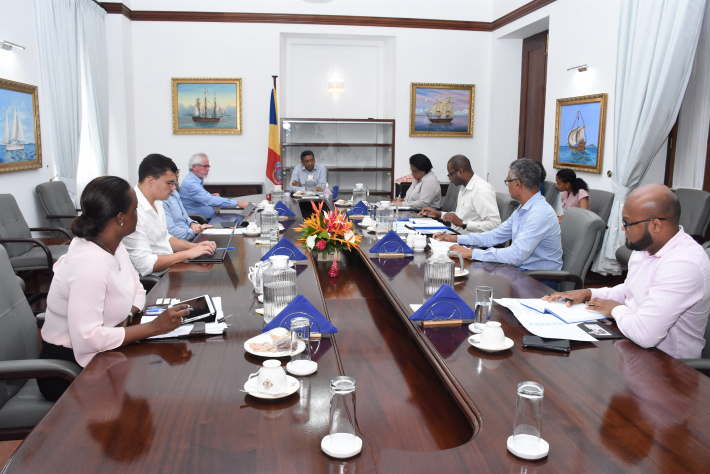 The employment department yesterday disclosed that around 228 Seychellois have lost their jobs alongside 392 expatriate workers who now have to go back to their respective countries, due to the adverse economic impact of COVID-19.

A large majority of these workers who have been made redundant, both local and foreign, were working in the tourism sector.

The director general for labour relations, Steve Monnaie, made this known following a special meeting chaired by President Danny Faure at State House yesterday, attended by officials from the employment department, Ministry of Finance, Trade, Investment and Economic Planning, and the Seychelles Employee Transition Scheme (Sets).

It is to be noted that Sets became fully operational on July 1, 2020 under the directives of its former project manager, Guy Morel.

As per provisions in the Employment Act, 100 businesses applied to make their employees redundant during the period of March up to June.

Around 634 Seychellois are expected to be made redundant from these applications, Mr Monnaie provided, although the employment department has predicted that over 4,000 workers in total are expected to lose their employment during this health crisis.

So far, the employment department has approved 33 of these applications which have resulted into the 228 Seychellois and 392 expatriate redundancies.

“The tourism sector has been the most affected; we have received applications from several big hotels, self-catering apartments, car hires, souvenir shops and a few take-away outlets,” said Mr Monnaie.

Mr Monnaie has called on employers to explain to their employees, and write clearly on their applications to the employment department, the reasons why they are being made redundant.

He further stressed that employers should pay the redundant workers all of their benefits which includes one-month notice, accrued paid leave, salary up to the last date of employment and compensation for years of service.

“Redundancies come with a cost which is why the Central Bank of Seychelles has come up with a scheme to assist businesses to pay their redundancies packages. The law mandates that you pay your employee their dues. The introduction of Sets by the government, which will pay the redundant employees until December, does not remove an employer’s liability to pay you your benefits; it’s not Sets which will pay your benefits,” Mr Monnaie added.

The head of Sets, Guy Morel, yesterday further noted the scheme has received 177 applicants who have recently been made redundant, out of which 52 have already gained new employment.

Sets is a government-owned company tasked with re-skilling, training and placing Seychellois who lose their jobs in other sectors where there is a need for workers. These workers will receive a monthly allowance from the government from the Financial Assistance for Job Retention (FA4JR).

“We now have 125 persons registered on Sets who have started their one-week onboarding programme before they enter the job placement programme. We are receiving a lot of support from the private sector, government and non-governmental organisations (NGOs) that are partnering with us.”

Mr Morel noted that persons who have been made redundant are not obliged to embark on Sets.

Sets has also integrated eight of the recently unemployed Seychellois in its structure to undertake its administrative duties.