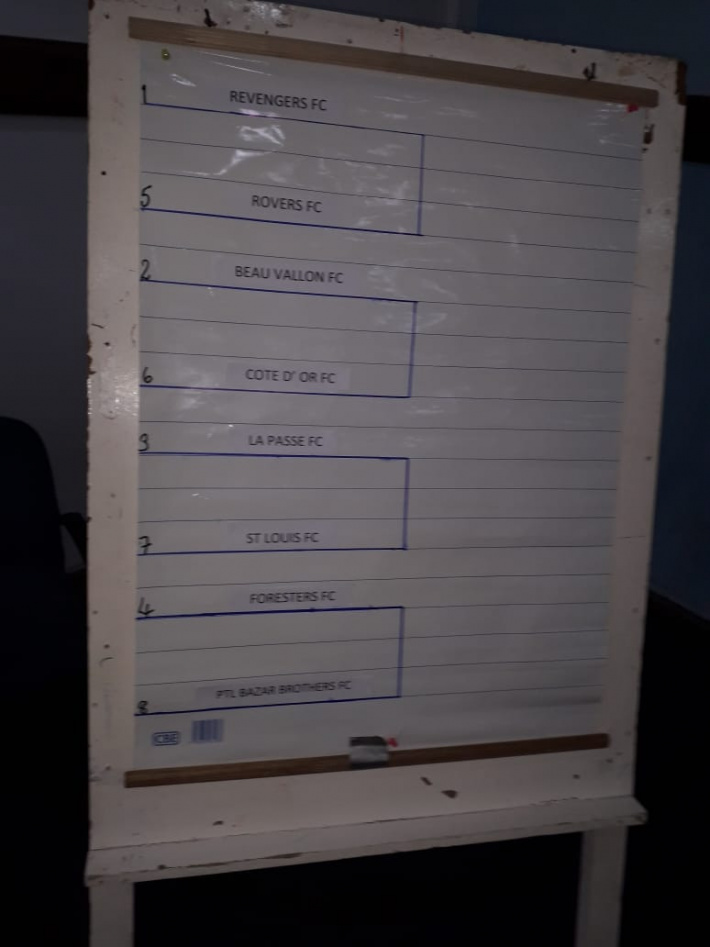 Defending SFF Cup holders St Louis face a tough away draw as they clash with last season’s beaten finalists La Passe on La Digue in the quarterfinals of this end-of-season cup competition in the pick of the draw.

The draw for the quarterfinal stage was made at the football office – Maison Football – yesterday afternoon where St Louis were given this difficult away fixture against La Passe, the team they beat in the final last year to claim this piece of silverware.

Sports NATION spoke to St Louis head coach Michel Renaud who remained upbeat about this draw though he knows it is going to be a very hard match to negotiate on La Digue.

“We realise that it is going to be a difficult encounter but we won last time we met them on La Digue and so we will give it our best shot as we are keen to defend our title,” St Louis coach Renaud related to Sports NATION.

The quarterfinal matches have been scheduled to take place from July 22-25 and the final will take place on August 22 to bring the curtain down on the 2019-2020 season.