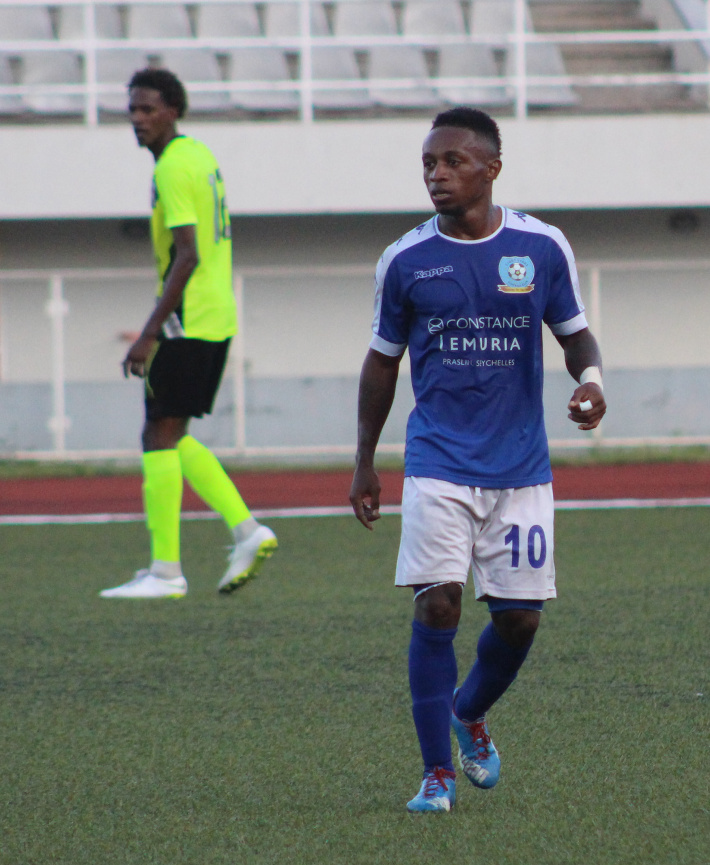 Malagasy Ravo netted a brace in LightStars’ win against Revengers

LightStars bounce back against Revengers

LightStars bounced back in style as they thrashed neighbours Revengers 4-0 at Stad Amitié in a SeyPearl Premier League match on Wednesday afternoon.

The players of coach Ted Esther were eager to return to winning ways after a bad loss to La Passe in the SFF Cup at home and on Wednesday, they made a bright start as defender Fabio Lemiel opened the scoring in the 33rd minute before Malagasy striker Mario Ravo doubled the lead three minutes later for a 2-0 advantage at half-time.

Ravo bagged his brace in the 79th minute for a 3-0 score and Malagasy substitute Paul Bruyelle sealed this impressive win with his team’s fourth goal in the 82nd minute for a 4-0 victory which pleased coach Esther when he spoke to Sports NATION.

“I made five changes from the team who disappointed in our last match and it had the desired effect as we played better to register a very good result which will boost morale for our next match against Anse Reunion next week,” coach Esther told Sports NATION.

As for Revengers coach Neddy Rose, he felt various factors contributed to their defeat though he did not want to use those as excuses.

“Today we could not field three of our players as they are ineligible because they are on loan from our opponents and we also have one of our central defenders suspended whilst we only had one light training session on Monday and could not train on Tuesday due to heavy rainfall. But we should not take those as excuses as I’m quite disappointed with our performance as I feel we could have done better especially if we had taken our chances and would not have lost to such a heavy score,” reflected the Revengers coach.