Impact of unemployment on poverty being investigated | 14 July 2020 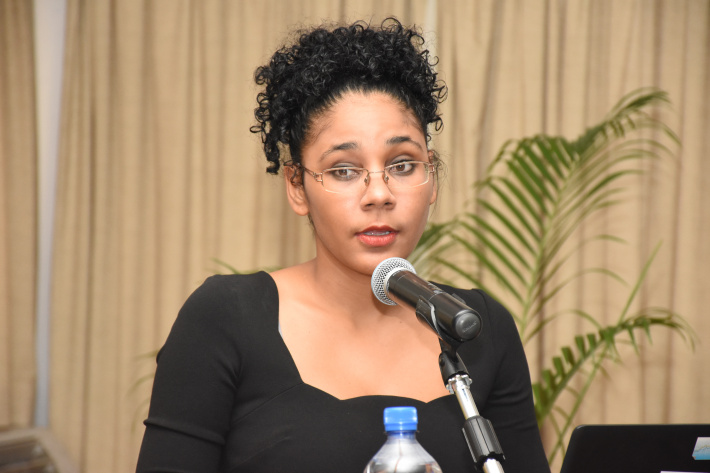 Key stakeholders from the employment department, labour associations, recruitment agencies and representatives from the Seychelles National Youth Council have learned of the different factors that contribute to multidimensional poverty in Seychelles.

This was during an information session on Friday when the department of poverty alleviation in collaboration with the National Bureau of Statistic (NBS) shared with those present the results and findings of the third Multidimensional Poverty Index (MPI) survey conducted during the third quarter of last year.

This follows the presentation of the Seychelles National Multidimensional Poverty Index (MPI) survey document on May 21, 2020.

The survey examines the link and impact of education, health, living standards and employment on poverty in the country. It was based on a nationally representative sample of 1,200 households and it was jointly carried out by the NBS and poverty alleviation department.

It was pointed out that factors such as unemployment and informal employment contribute towards multidimensional poverty and should therefore be addressed in strategies and policies. It was also an opportunity for the facilitators to gather views, comments and suggestions that will be useful for further analysis of the impact of unemployment on poverty, as well as for policy interventions.

After an introduction by the principal secretary for poverty alleviation, Alvin Laurence, the delegates were given an overview of the MPI by principal statistician Maria Payet and statistician Julia Joubert from NBS.

From their presentations, the MPI is a multidimensional poverty measure which identifies those who are deprived in several dimensions at the same time. The survey reveals who is poor and how they are poor and the average number of deprivations that each poor person experiences.

The deprivations are measured in terms of indicators which are grouped in dimensions. The dimensions of the Seychelles MPI are: living standards, health, education and employment.

The living standards dimension is made up of indicators such as overcrowding, housing condition, water and electricity access and disconnection and crime. These are some of the issues that are faced by some Seychellois households.

The indicators within the health dimensions shed light on the issue of undernourishment and obesity and whether these conditions are related to other issues which in turn cause deprivations. The health dimension also considers the effect of substance use and abuse as well as teenage pregnancy on wellbeing.

The education dimension explores how school attendance and education level interacts with other indicators to cause deprivation.

In order to be considered as multidimensionally poor, a person must be deprived in four indicators.

The results of the survey show that 11.88% of the population experienced multidimensional poverty and each poor person was on average deprived in 33.26% of the indicators.

It has also been found that more than half (53.11%) of those who are unemployed have insufficient living space.

The poverty alleviation department and NBS have also held a general MPI dissemination session on May 17, 2020 on Praslin. Other sessions involving other dimensions indicators will be held for other related stakeholders on Mahe in the coming weeks.

For a more detailed understanding of the results of the MPI survey, the report can be downloaded on www.nbs.gov.sc . The next MPI survey will be conducted in 2021. 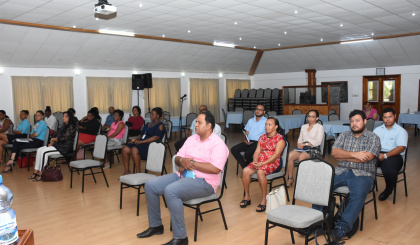