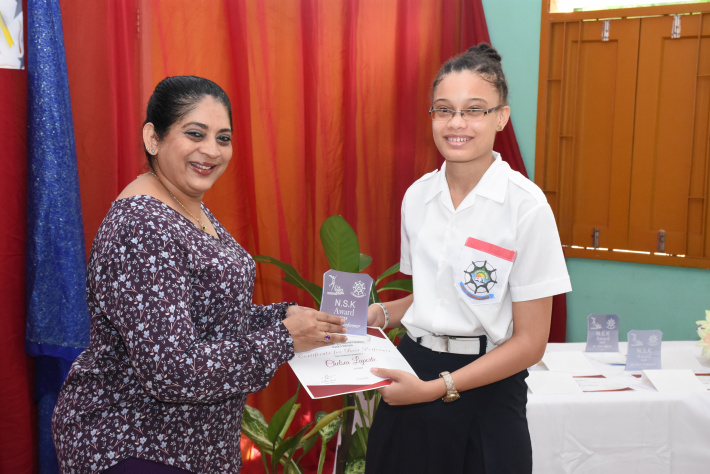 The awards are sponsored by members of the Nair family who are former residents of Mont Fleuri.

A special prize was given to Michelle Mabille for her high achieving scores in the French B2 exam in which she scored 80%, which is the highest score a local student has ever got.

Speaking to the press, Bixente Labaleine noted that he worked hard preparing for his IGCSE exams and did extra research on his own. He also stated that he expected the award as he had performed extremely well in his exams.

Christine Rath, a two-time winner of the award, noted that her win last year pushed her to work harder and improve on her already good results and her efforts paid off in the end.

All award recipients received a plaque, certificate as well as R1,000.

First awarded last year, the Nair awards recognise the best performer and best effort students, who have been consistent in their performances throughout the year.

Speaking on behalf of her family, Mrs Nair said the award is in honour of her late father who believed that education is a lifetime investment that does not end in school.

“School is the first stage of education so all students must use this opportunity to learn and grow, it is not only a place for academics but also to learn good values, develop talents that will shape your future,” said Mrs Nair.

As for head teacher Arrisol, he said: “Our school embraces the idea that good education plays a vital role in building a bright future for our students. We are committed to provide an atmosphere to our learners, where we can all learn good values and new things every day.”

The head teacher continued by saying that occasions like this gives the school a chance to celebrate the achievements of both students and teachers.

“The school is very fortunate to have community members such as the Nair family who recognises that education is more than what happens within the four walls of a classroom. Encouraging students is imperative and today’s awards ceremony serves as a motivational drive for students to work harder in the future,” said Mr Arrisol. 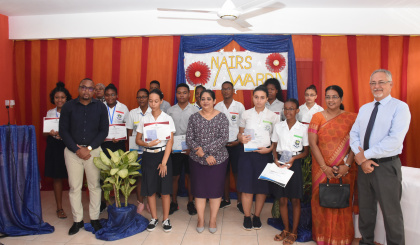 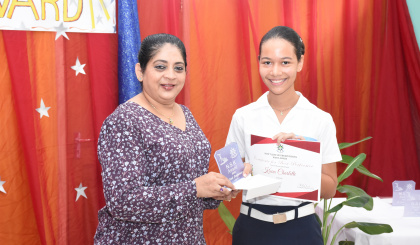 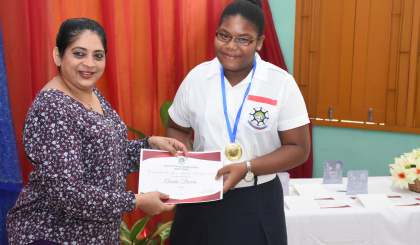 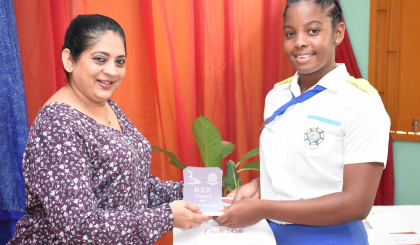 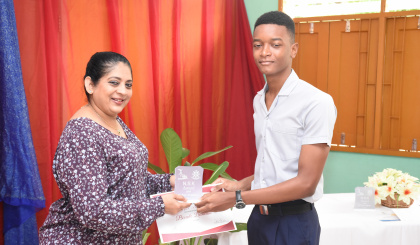 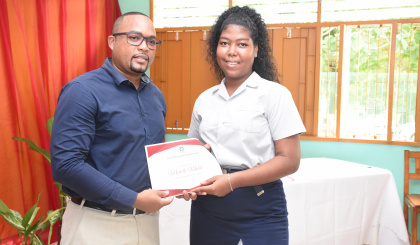 Michelle Mabille, special prize winner for her scores in the French B2 exam (Photo: Louis Toussaint)