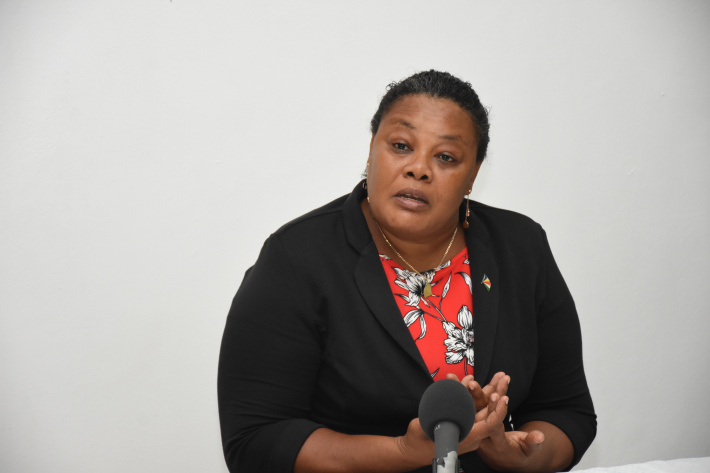 Juvenile delinquency and sexual abuse of children, mostly by close family members, relatives as well as the different social problems that result from these actions were some of the key issues discussed yesterday by the women’s parliamentary caucus.

This was during a meeting organised with some key stakeholders at the members’ lounge at the National Assembly, lle du Port.

Among those who took part in the discussion were the secretary of state for health, Ambassador Marie-Pierre Lloyd; principal secretary for early childhood, primary and secondary education, Dr Odile de Commarmond; chief executive for the National Council for Children, Jean-Claude Matombé, other members of the caucus,Hon. Audrey Vidot, Hon. SylvanneLemiel, Hon. Flory Larue, Hon. Jany De Letourdie,representatives of the Ministry ofFamily Affairs, Ministry for Education and Human Resource Development, and the police department.

The aim of the meeting was to discuss how these ministries and departments can collaborate as a team to tackle issues of juveniledelinquency and child sexual abuse that are on the rise in the country.

During the meeting,the stakeholders were able to present what they are doing and thechallenges they face when it comes to juvenile delinquency and sexual abuse.

Beryl Laboudallon, director of social services, noted that in the last three years the social affairs department has worked with 92 delinquent cases, adding that there are two juveniles currently serving prison sentences while 20 are on probation.

When it comes to kids running away from home or being on the streets late at night, Ms Laboudallon said in some cases they have found that these kids are either homeless or being abused at home. She also touched on the fact that there is no law against people who harbourminors in their homes when they run away.She pointed out that they are currently discussing with the Attorney General’s office to speed up the formulation of this law so that a person found harbouring a minor could be prosecuted.

Touching on education, Desire Hermitte, student support service officer, said there are currently 288 school dropouts – 187 males and 101 females – who have been recorded in the past years.

Ms Hermitte added that student dropouts are usually a result of teenage pregnancy, students wanting to helpsupport their family financially or they just want to start work.

“When parents and students cometo the ministry and start the process of getting out of school we make sure that the students get the proper rundown of what they are doing and make sure it is being done on their own free will,” said MsHermitte.

In relation to health, Ambassador Lloyd touched on proper education in school regarding sex as well as the availability of contraception as a minor would need permission from a parent or guardian to get birth control even though the age of consent is 15 years old. Mrs Lloyd said this law is being reviewed.

Shealso noted that nurses and doctors are trained to detect cases of abuse and refer these to the appropriate department.

“The women’s caucus in the Assembly does not only represent women but also children as well as they do not have a seat in the Assembly, so we brought this under our portfolio,”Hon. Ghislain highlighted.

She added that these meetings are important because they give those who take part the opportunity to have a better understanding of what is being done regarding sexual abuse and juvenile delinquency in order for them to push impactful laws in the National Assembly that will address these issues.

“When we have discussed everything with all our partners and stakeholders we will put everything we have learned before other members and try to initiate some of their suggestions in the form of new laws,” said Hon. Ghislain.

She ended by saying that statistics on the number of cases of delinquency and abuse are not accurate as there are many cases which are not being reported and also noted that as a community we need to start addressing these issues and work together to reducethem and help those affected. 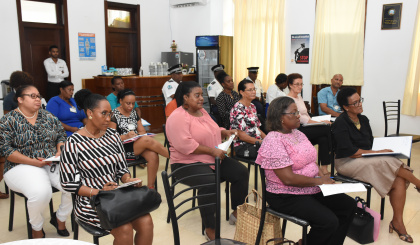