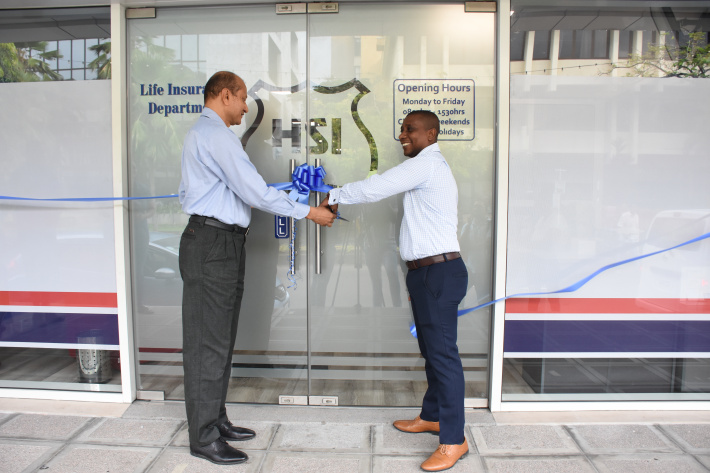 H Savy Insurance yesterday officially opened a new branch at Kingsgate House in Victoria during a special ceremony to coincide with the 25thanniversary of the company.

The new offices will house the life insurance department as well as the compliance and corporate affairs departments.

The ceremony was attended by Jean Weeling-Lee, the chairman of the HSI board of directors, Captain David Savy director of the board, general manager Lambert Woodcock, Dr Steve Fanny, chief executive of the Financial Services Authority and HIS staff.

“Since we started our company in July 1995 we have faced many challenges that we have risen above. We started with five staff members including myself but now we have 54 employees and this shows that the company has grown,” said Mr Woodcock when he addressed the guests.

He added that in its 25 years of existence the company has worked on corporate social responsibility projects, education spots and other areas.

“We live in a digital age and want to give our customers the best and fastest customer care which will include paying and signing up for their insurance online,” said the general manger.

He noted that with COVID-19 it has been highlighted that customers need other payment options so they won’t have to come to the HSI offices.

Chairman Weeling-Lee talked about bringing H Savy Insurance into the digital age as well as the pride it takes in giving back to the community in various projects.

Mr Weeling-Lee, who has been a part of HSI since its inception, noted that it has been a long journey but today the company is proud to celebrate its position in society.

“We look forward to the next 25 years with a lot of optimism so that we never lose what made us great which is a human touch. We touch hearts with our community outreach activities and this is what makes us different as a company,” he said.

He ended by pointing out that going digital is the future but the company cannot lose track of its customers who prefer coming to their offices.

Veronica Lalande is another staff member who has been part of HSI since its opening. She noted that she has been in insurance since 1977.

“When I was approached to join H Savy I hesitated for a while but in the end I accepted the challenge and it has been worth it,” said Mrs Lalande.

She added that what kept her working all these years was the appreciation and trust the company has put in its employees. She noted that in the beginning it was hard for the company but along the way, with the hard work and support of both staff and customers, they have been able to make it.” 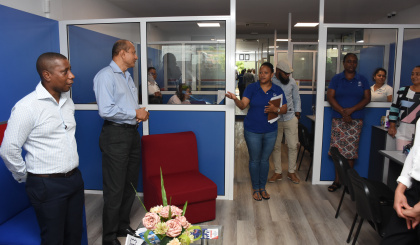 The guests and staff admiring the interior of the offices (Photo: Jude Morel)